An arrest warrant has been issued for former Pakistani Prime Minister Imran Khan. 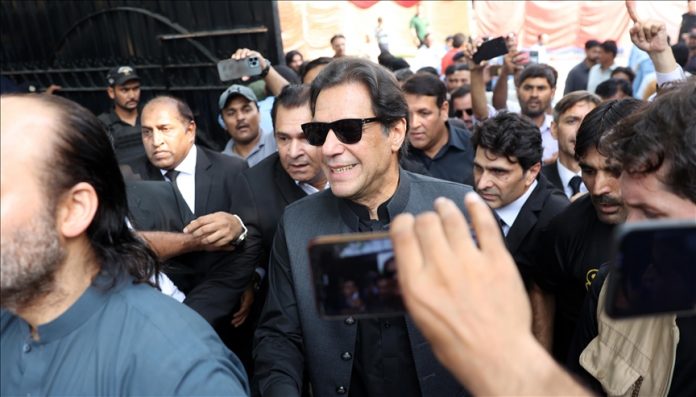 According to local media, a Pakistani court issued an arrest warrant for former Prime Minister Imran Khan on Saturday for “threatening” a female judge at a public meeting in August.

A magistrate in Islamabad issued the warrant after the former prime minister failed to appear before him for a hearing on the case.

Khan was initially charged under the country’s anti-terrorism legislation. However, the Islamabad High Court later ordered that the terror-related clauses in the case be revoked.
In addition, the high court ordered the cricketer-turned-politician to appear before a magistrate, which he did not do.

There was no immediate word from the government on whether the former prime minister would be arrested, though local broadcaster Dunya News reported that Islamabad police had yet to receive such orders.

In his speech at a rally on August 20, Khan said he would sue Islamabad’s police chief and a judicial official who ordered the physical detention of his chief of staff, Shehbaz Gill.

Khan is also being held in contempt of court in the Islamabad High Court for “threaten[ing]” the female judge.

Since his ouster in an April no-confidence vote, Khan has held a series of anti-government rallies and called for early elections, which are otherwise scheduled for late 2023.