ANALYSIS – What caused the global commodity fire, and where will it end? 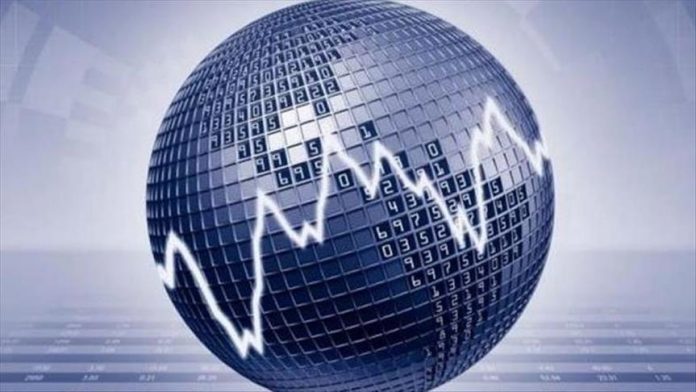 Despite the fact that the world has reached the end of the epidemic in terms of health, the impact of the damage and transformation in the economy and trade continues to be felt around the world. To counteract the extreme demand contraction and recession caused by the COVID-19 epidemic, many countries, particularly the market’s main players, resorted to the first rule outlined in the book solution. Similarly to the global economic crisis of 2008, when the cost of money was near zero, central governments used expansionary monetary policy to put unrequited funds directly into the pockets of citizens. Economic activity revived swiftly as a result of these efforts, although supply and demand did not recover in lockstep.

the pandemic, the increase in e-commerce growth rate, the problems experienced in the logistics network and supply chain, problems such as the semiconductor crisis, and the taking of very strict measures against COVID-19 cases in East Asia, which is one of the most important centers of global production, the rate of increase on the supply side did not catch up with demand. As in almost every scenario where demand is more than supply, this situation pushed prices up.

In the period when price pressure increased globally, the bosses of monetary policy preferred to interpret this increase differently. While there were statements that inflation would be “temporary” for a long time, the tones of the statements began to change over time, especially as the increases in commodity prices continued. Previously, while monetary tightening and the gradual withdrawal of the distributed money is expected in 2023, the Fed had to increase interest rates in the first quarter of 2022 due to delays in verbal guidance. Although the market pricing signals serious tightening until the end of this year, the delayed response by global central banks to the inflation accelerated the increase in commodity prices.

While the main story was written about the developments related to the pandemic, the crisis emerging in 2022 carried the movement in commodity prices to different dimensions. The war that started with Russia’s attempt to invade Ukraine and the subsequent sanctions against Russia created a new supply-side pressure. Russia, one of the world’s leading oil and natural gas producers, is also one of the critical actors for many industrial raw materials, especially palladium, nickel and platinum.
When Russia’s supply constraint combined with the tension in the markets, prices rose to unprecedented levels. In order to explain the situation more clearly, compared to March 2020, when the pandemic period began to be felt most intensely, the price increase was 200% for nickel, 150% for aluminium, and 100% for iron, and copper and oil globally.
The high levels seen in industrial commodity prices have directly and indirectly started to push up all prices globally. In addition to energy and industrial commodity prices, the fact that Russia and Ukraine are very serious suppliers, especially in wheat and sunflower, increased the pressure on food prices. The fact that some countries, seeing these supply-related problems, imposed restrictions on the export of raw materials and food products and the implementation of various tax and quota practices with the reflex of protectionism brought about historical peaks in food prices.

According to the calculations of the UN Food and Agriculture Organization, global food prices have increased by about 60% in the last two years, while this increase was 70% in grain prices and 150% in vegetable oil prices. With these levels, food prices also point to the highest real price level of the index, which dates back to the 1960s. This increase, coming in a relatively short time after the very limited fluctuation in food prices for about 6-7 years in the pre-pandemic period, reveals another dimension of the shock.

At this point, global commodity prices do not show any signs of a slowdown yet. The ongoing Russia-Ukraine war is currently the main obstacle to falling prices. The strong restriction measures implemented against the increasing [COVID-19] cases in China recently also threaten the security of supply. Although the movement toward tightening has started, it is early to talk about tightness in financial conditions and in reaching liquidity. Therefore, the three main factors that brought the commodities to these levels still tend to persist.

It is difficult to see the effect of the change in monetary policy in the short term. Although there are hawkish expectations that the Fed will increase interest rates by 50 basis points instead of 25 after a very long time, it will take some time for getting ahead of prices. China’s toughness in the fight against the pandemic didn’t change. In addition, the fact that a possible shrinkage in demand, which may be caused by China, outweighs the supply effect may contribute to the decline in commodity prices. It seems that getting this fire under control in the short term, which has taken the global economic agenda under its influence, depends on the positive news flow from the Russia-Ukraine front. For Turkiye, ending the war as soon as possible stands out as the most positive scenario in terms of supporting both the inflation outlook and the energy and tourism-based current account balance.

Finally, the security of supply is expected to be at the center of the national economic policies of the new period. In these periods, we experience together how the so-called invisible borders between countries show themselves according to time and conditions. Therefore, it is of great importance to increase domestic sufficiency rates in basic production and consumption items, especially energy and food, and to diversify foreign supply opportunities. Seeing these two main groups as a matter of national security beyond economic policies and acting with central planning in all their processes will also guarantee Turkiye’s progress on a more robust and sustainable development path in the new period.