ANALYSIS – What should the West do now in the Balkans? 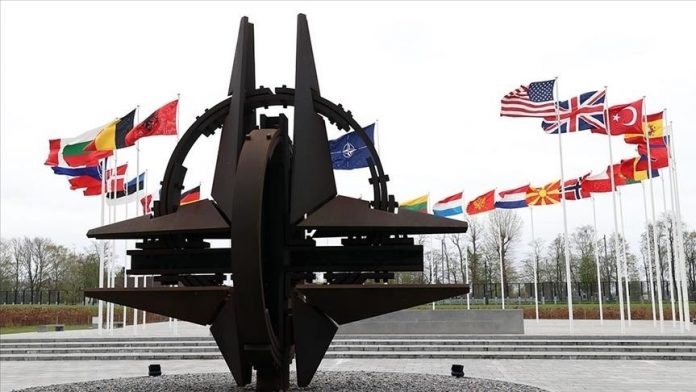 The Russian invasion of Ukraine on February 24 echoed throughout the Balkans, prompting Bosniaks to recall a similar assault by their eastern neighbor nearly thirty years earlier. The incursion was swiftly condemned by top Bosniak leaders, who also expressed support for Ukraine’s territorial integrity. In Sarajevo and beyond, there was and continues to be broad support for Ukrainians.

However, there was little support for the afflicted Ukrainians across the country. Pro-Russian players in Bosnia and Herzegovina were exposed as a result of the Ukraine conflict. Milorad Dodik, the Bosnian Serb leader who has formed strong political relations with Russia over the years, has refused to denounce the invasion. His subsequent half-hearted attempts to express support for both Russia and Ukraine left no doubt about his position.

While Dodik’s position was expected, another politician’s views on Ukraine drew widespread attention. A Bosnian Croat leader and chairman of the Croatian Democratic Union (HDZ), Dragan Covic, has also been now exposed as a pro-Russian actor. Several Bosnian journalists and analysts have been writing about Covic’s pro-Russia policies for years, but this view did not hold until now. By refusing to condemn the invasion, Covic showed his true colors.

He attempted to conceal his first denial with a series of press releases when he was chastised. Covic’s party also failed to endorse a motion in Bosnia’s parliament to join the EU in placing sanctions on Russia for its involvement in the Ukraine conflict. This effectively indicates that both Dodik and Covic, Bosnia’s veto-wielding leaders, back Russia’s position.

Only Bosniaks and civic parties based in Bosnia and Herzegovina have remained firm pro-Western actors in the country, as seen by this. Dodik and Covic have been on the defense since February 24, now that Russia’s war is weakening. Their rhetoric has deteriorated significantly as a result of the botched invasion of Ukraine.

NATO is now in place.

The West should take note, and specific steps should now be taken. Led by the US, the West should move to integrate the Balkans within the Atlantic Alliance. The Biden administration is now in a unique position to push for the accession of Bosnia and Kosovo into NATO. Fears of tensions escalating in the Balkans have been moderated by the defensive posture of anti-NATO politicians, including Dodik. If there was ever a time to fast-track NATO’s expansion in the Balkans, now is the time. By integrating both Bosnia and Kosovo, the Biden administration would achieve a significant milestone in safeguarding the security of this part of southeast Europe.

Furthermore, the US should exert pressure on the EU to bring Bosnia and Kosovo closer to full membership. Bosnia submitted its application to join the EU in 2016 and is still awaiting its candidate status. European countries, led by the new German government, should now push for the awarding of candidate status. This would provide Bosnia with access to EU funds and revive the moribund European integration process of this post-war country.

Similarly, the EU should change its policy and open the door to Kosovo. The country’s commitment to the West has been proven on multiple occasions, and Kosovo remains a staunch American ally in the region. Kosovo welcomed Afghan refugees in recent years and has been unequivocal in its support for Ukraine. The country remains committed to joining both NATO and the EU.

As a first step, a visa liberalization regime should be granted to citizens of Kosovo. In 2018, the Commission confirmed that Kosovo fulfilled the visa liberalization benchmarks. Visa issues are a source of unease among Kosovo’s citizens, and it is time for the EU to lift the visa requirements. While Kosovo’s EU accession process is essential, joining NATO is a priority for this European state.

US President Joe Biden is now into his second year, with mid-term elections coming up this November. While his administration has responded well to the invasion of Ukraine, Biden still needs to consolidate his foreign policy legacy.

Almost three decades ago, Biden was a hawkish senator advocating a robust American response to the wars in Bosnia and Kosovo. As president, Biden is in a position to move forward with the integration of Bosnia and Kosovo into NATO. Only under the NATO security umbrella will these two countries be secure. Fast-tracking NATO accession for Bosnia and Kosovo would also be scoring a major foreign policy success that would dovetail with President Biden’s commitment to the Balkans in the 1990s.