Anwar Ibrahim, the head of Malaysia’s opposition, will succeed as prime minister. 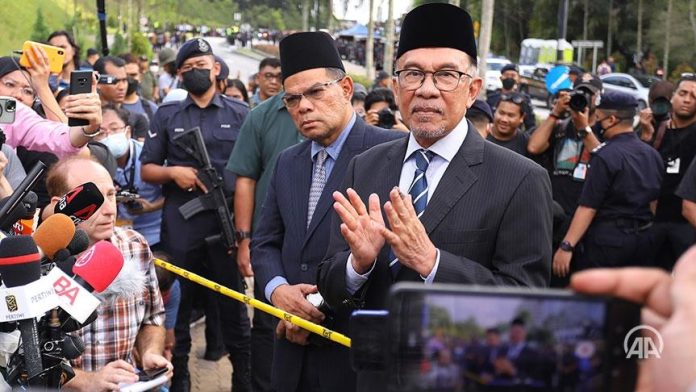 Anwar Ibrahim, the head of the opposition, will serve as Malaysia’s tenth prime minister, according to the Council of Rulers’ decision on Thursday.

After several days of political impasse, the decision was made following a meeting of the nine-member Council of Rulers, chaired by King Al-Sultan Abdullah Ri’ayatuddin Al-Mustafa Billah Shah, in Kuala Lumpur.

Anwar Ibrahim, a 75-year-old former deputy prime minister, will take office as Malaysia’s prime minister at 5 p.m. (0900 GMT) on Thursday, according to the Malaysiakini news website.

The Alliance of Hope, led by Ibrahim, also known as Pakatan Harapan (PH), won the majority of seats in the parliament but fell short of forming a government on its own as a result of the results of Malaysia’s 15th general elections, which were held on Nov. 19.

In their Tuesday meeting, the King had proposed a unity government, which Yassin had refused.

In order to break the impasse, the king later summoned eight additional council members for a meeting this morning.

With 30 legislators, the National Front, or Barisan Nasional (BN), is considered as having significant influence on the new system.

With 23 seats, the Sarawak Parties Alliance (SPA), also known as Gabungan Parti Sarawak (GPS), had suggested it might back the Yassin-led coalition but was unsure.

In a 222-seat house, any party or alliance seeking to lead must get the backing of at least 112 lawmakers.