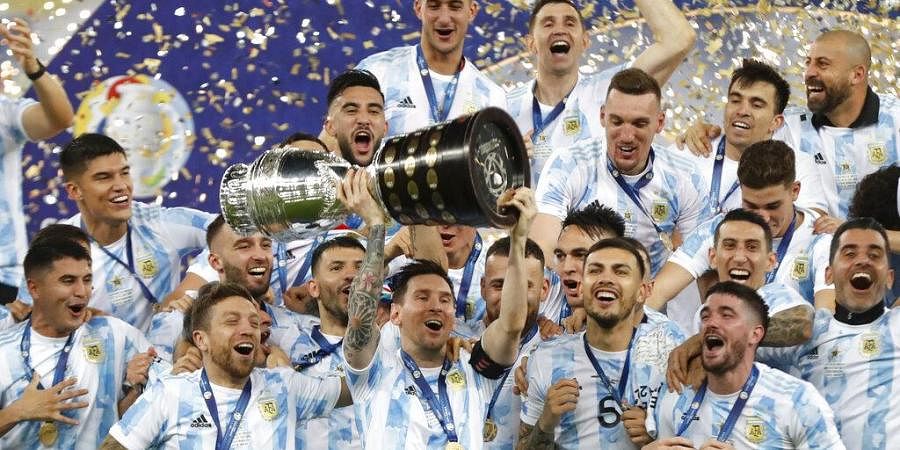 Argentina team celebrates their win of Copa America in the podium in 11th July 2021.

Brazil applied some presure earlier in the second half in one clear effort by risharlison denied by argentina goalkeeper Emiliano martinez and maintained the lead of his country,

Lionel Messi had glorious goal opportunity in dying minutes to extend the lead but slipped and the Brazilian goalkeeper got the ball,

The Referee blew the final whistle and Argentina crowned the champions of South America for the first time since 1993Argentina coach Lionel scaloni is the first to lead his country to capa America glory since 1993 ,

This historic success comes After four previous heart breaking final , speaking to the media after the match argentina captain Lionel Messi on Copa America win said : “The happiness is immense”

Messi also registered the main stats of this campaign scoring 4 goals and assisting another 5 making him the only player in history to be the Best player, Top scorer, Top assister and the winner of a major international tournament.