As food is weaponized by war, Somaliland’marches to hunger.’ 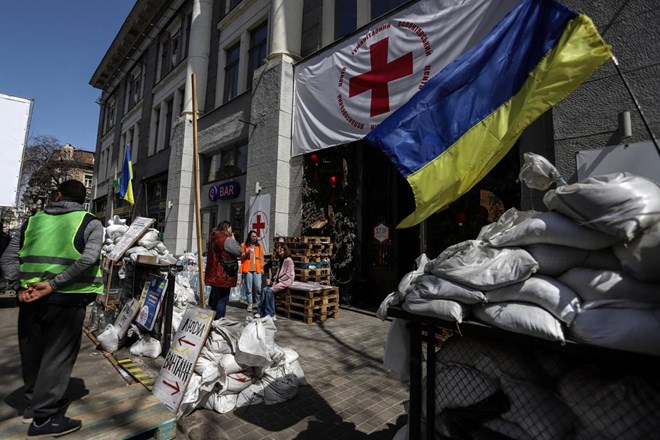 Fahima’s youngest son was fading away by the time she gathered together $10 (€9.40) for a ride to the health clinic. Bilar weighed only 10 pounds when he was taken to the pediatric paediatric ward at the age of 16 months, less than half the typical weight for a baby boy his age.

“His entire demeanor has changed,” observed Fahima in Somaliland, a self-governing province in northern Somalia.

“He was outgoing and enjoyed playing.” As you can see, he’s run out of options.”

“Food has grown so much more expensive in the last two months, the price of rice has doubled,” she remarked, swatting a fly away from Bilar’s head.
“Because of the higher expense, we are forced to buy less.”
I’m having trouble.

The consequences could have been deadly for Bilar. He is now receiving treatment for severe malnutrition — but many children have fared worse.

The pair are among 15 million people experiencing acute hunger or starvation across the Horn of Africa amid a food crisis caused by the war in Ukraine and a major drought.

According to estimates from Save the Children and Oxfam, one child is dying every 48 seconds in the region.

Somalia is facing some of the worst of it — 81,000 people are already living in “pockets” of famine and the United Nations has warned that 350,000 children in the country will die by the summer without urgent action.

“The situation is becoming worse by the day,” says Mohamud Mohamed Hassan, director of Save the Children Somalia.

“The war in Ukraine has dealt a blow to what was already a perilous situation for families and children… The result is inflated market prices and unaffordable food and fuel prices.”

The Horn of Africa is heavily dependent on imports of grain and sunflower oil — vital basic foodstuffs that are stuck in Ukraine because of a Russian blockade of the Black Sea port of Odesa.

The Russian army has also been accused of destroying equipment and stealing grain in Ukraine.

Russia and Ukraine export around a fourth of the world’s wheat, and the West is concerned that Putin is attempting to weaponize food supply, with 25 million tons of grain rotting in silos due to Moscow’s naval blockade.

90 percent of Somalia’s wheat imports come from Russia and Ukraine. The World Food Programme (WFP) has warned that the country, along with Ethiopia and Kenya, will be “hardest hit by global wheat trade shocks.”

“Food prices have risen in a dramatic way this year that we did not foresee,” says Abdul Risaac, mayor of Burao, a small city in the center of Somaliland, a de facto state that is internationally recognized as part of Somalia. “Food is available in some places.”

“It’s a very unfortunate situation that we are in.”

The spiralling food costs come on top of the worst drought in 40 years and pandemic-related economic disruption.

It’s a situation that looks set to deteriorate, with few signs of an end to soaring global prices.

By some estimates, the world has just 10 weeks worth of stockpiled wheat left, while India — the second-largest producer — has suspended exports amid concerns that extreme temperatures could wipe out up to 15pc of this year’s harvest.

Meanwhile, the Horn of Africa’s rainy season, which runs between April and June, has brought with it little rain, raising a very real prospect of a fourth consecutive failed season.

Without intervention, the WFP estimates that a further five million people will “march towards starvation” by the end of the year, taking the total facing food insecurity to 20 million.

“It’s a really bad situation,” says Lizzie Walker, head of the British Government’s Office in Hargeisa, the capital of Somaliland. “It’s looking worse than [the famine in] 2011.”

But although a rapid response during the 2016-17 drought in Somalia averted a famine on the scale of 2011 — when 260,000 people died — it looks unlikely that assistance will match the scale of the current crisis.

For Fahima, sitting cross-legged on the health clinic’s tiled floor, there’s little to do bar pray.

“Of course I am worried. I feel helpless… I have no stable way of getting food,” she says. “But, God willing, we’ll survive.”