As polling in Elwak conclude, the Gedo parliamentary elections begin in Garbaharey. 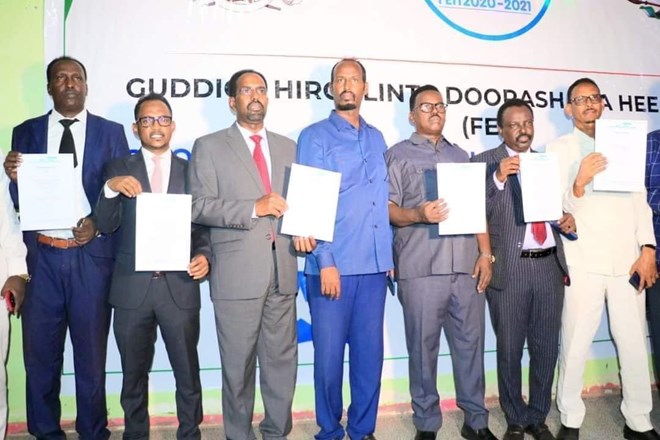 Mogadishu, Somalia – In the regional capital Garbaharey, a separate parliamentary election for the Gedo constituency began on Saturday.

For seat HOP199, Duale Adan Mohamed was proclaimed the winner. Abdullahi Arab, Somalia’s Minister of Education, had previously held the seat, which he was re-elected to in a parallel election in Elwak on Friday.

Abdirahman Mohamed Hussein, known as Awar, a former federal minister of the interior and federal affairs, was elected in Garbaharey. He was elected to HOP078. ‎

Parliamentary elections for 16 seats in the Gedo region are being held in two separate cities. The two parallel polls are run by competing members of the Federal Electoral Implementation Team, and both claim to be the legitimate election. Jubaland announced on Sunday that it had concluded the Elwak election for the 16 seats from Gedo.

The ‘Gedo question’ has been a political thorn in Somalia since the beginning of the electoral cycle over a year ago. Somali leaders could not compromise on where the election would be held and who would be responsible for organizing it.

The September 17th agreement stipulated that Garbaharey would be the designated election venue and that the Jubaland administration would be responsible for organizing it. However, Jubaland officials have accused the federal government and local officials in Garbaharey of stalling the process by not allowing officials into the city, among other complaints.