As the embassy crisis in Rome enters its third week, Italian authorities are investigating. 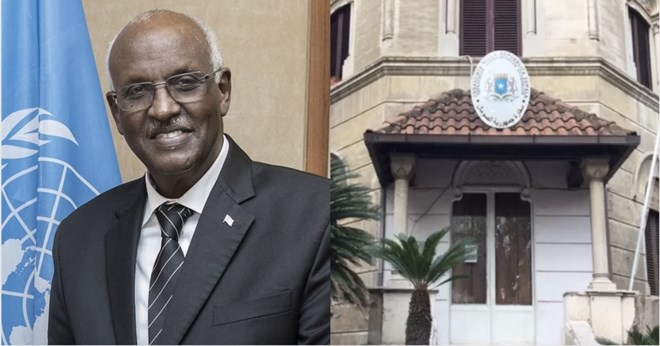 A dispute between Somali authorities over control of Somalia’s embassy in Rome’s Prati neighborhood is being investigated by Italian prosecutors.

The active ambassador, Mohamed Abdirahman Sheik Issa, instantly slammed the decision of the foreign ministry, claiming that it violated diplomatic etiquette because the new acting appointee must come from within the embassy.

Issa has been the embassy’s director for four years.

Somalia’s Ministry of Foreign Affairs stated in a letter to their Italian counterparts that Mohamed Abdirahman Sheik Issa’s term ended on March 28.

Issa said that he was never formally notified and that his successor arrived in the Italian capital unannounced. He also said that it is unusual for an ambassador to be removed as a new government is being elected.

Sheikh Nur, aided by a locksmith, allegedly gained admission to the embassy in the middle of the night and barricaded himself inside with two of his accomplices who had arrived with him from Mogadishu, according to Italian authorities. Nur then went about changing the locks.

When Issa returned the next morning, he discovered that he had been locked out in a coup d’état.

He informed the Prati police station about the embassy takeover and requested diplomatic protection, claiming that his safety as ambassador was in jeopardy. He told the investigators that he is “physically unable to do the duties that are still in progress.”

President Farmajo’s cousin, Ahmed Abdirahman Sheikh Nur, has been named by Italian media as President Farmajo’s cousin, raising the possibility of a diplomatic might tie back into problems between different power groups in Somalia.
Investigators in Rome said they’re trying to verify Nur’s claims and work out whether the eviction in via dei Gracchi was authorized directly by Mogadishu or whether it is a plot cultivated independently by Abdirahman Nur.
Ali Abukar Hayo, the lawyer for the ousted ambassador, confirmed to Italian media that prosecutors are working on the case and that he would not comment further out of respect for the open investigation.