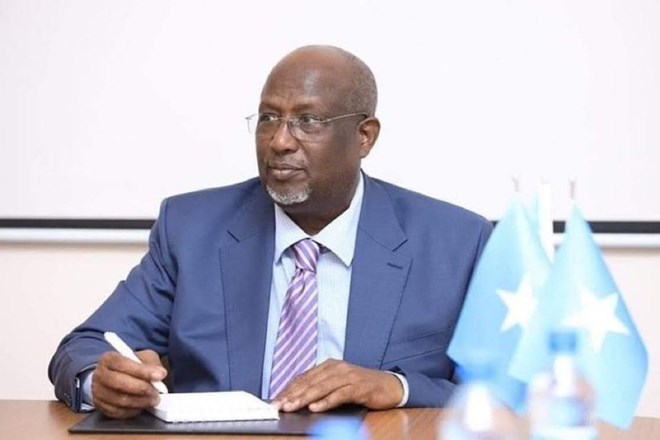 Despite only having one opponent, Abdinur received less than nine votes in the final run-off vote, despite leading all candidates in the first round of voting with 98 votes.

Madobe only had 74 votes in the first round, but opposition MPs coalesced around him in the second and final round of voting, where he received an additional 89 votes from the opening go-round.

He will be the speaker for the second time, having previously served in the Abdullahi Yusuf administration in 2007. President Yusuf served as acting TFG president after resigning from office.

Since voting were set to begin, charges of tampering have dogged the day-long marathon election for Speaker of the Lower House. Security personnel, according to MPs, are preventing them from entering Afisioni. Despite the fact that the vote was scheduled for Wednesday morning, the Lower House did not have a quorum to hold it until late that evening.

The question of validity surrounding the Gedo MPs elected in parallel elections in two distinct cities, Garbaharey and Elwak, is one of the key drivers of the conflict.

Despite reports that Elwak MPs were allowed to enter the election hall, neither set of MPs was allowed to participate in the Lower House Speaker election

Regarding election security, both the Prime Minister and the President have given contradictory directions.

Hours before MPs were to vote in an election for Lower House speaker, the federal Minister of Interior, Abdullahi Nor, announced that he suspended the Police Commissioner, General Abdi Hassan Mohamed Hijar, effective immediately, for “using force to stop the planned (parliamentary) sessions.”

Ultimately, African Union soldiers secured the election hall and verified the list of verified MPs given to them by the interim speaker of parliament.

Hassan Abdinur was believed to be the Villa Somalia-favoured candidate. Following the abysmal performance in the second final run-off poll, opposition candidates are likely to view the poll as a positive sign for their electoral campaigns in the presidential poll, which sources say can be held as early as the next two weeks.

Farmajo is among the dozen candidates seeking election in Somalia’s long-delayed presidential election. His constitutional mandate expired on February 8, 2021.