As US forces return to Somalia, the country’s new president asks for reconciliation. 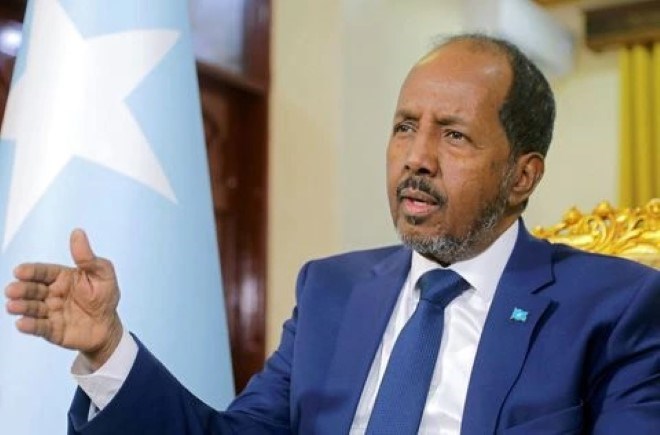 After a power struggle fractured the security forces into different factions, Somalia’s new president praised the return of US troops to help fight a deadly insurgency and said that delivering security depends on reconciliation with other Somali officials.

Hundreds of US soldiers have been redeployed to help train, equip, and support the military’s elite Danab special forces in their fight against al Qaeda-linked al Shabaab insurgents, according to US President Joe Biden.

In December 2020, President Donald Trump withdrew them, forcing them to fly in and out for missions from Kenya, a move that experts condemned as both costly and dangerous.

“We are grateful to President Biden for sending back some of the forces… they have always played a part in the struggle against al Qaeda.”

Al Shabaab has killed tens of thousands of Somalis in bombings in Mogadishu and elsewhere as it seeks to topple the government, as well as civilians in neighbouring countries in attacks on a shopping mall, hotel, university and restaurants.

Somali legislators selected Mohamud as president this month – the country has not held one-person-one-vote elections since civil war erupted in 1991.

Legislators foiled attempts by the previous president to extend his term, but the issue deeply divided security forces, who battled each other in the capital’s streets.

The protracted crisis drained attention from a growing humanitarian emergency forcing more than 6 million Somalis to depend on food aid.

James Swan, the top U.N. official in Somalia, praised Mohamud’s appointment of a prominent politician to handle the emergency, triggered by the worst drought in 40 years.

Since Mohamud’s win on May 15, official government social media accounts have pumped out images of him welcoming former political rivals and beaming Somali regional leaders, many of whom fought armed clashes with his predecessor.

“The people have to reconcile,” former educator Mohamud said from a gilt chair in Villa Somalia, a government complex painted in the national colours of white and sky blue.

Mohamud’s words have encouraged allies frustrated by slow progress under his predecessor, which allowed the insurgency to amass a huge warchest.

“It’s important for us to all work together,” he said.

The last major offensive against al Shabaab was in 2019. The insurgents still control swathes of the country but African Union peacekeeping forces are due to leave in three years.

This month, al Shabaab overran an AU peacekeeping base, killing dozens of soldiers. Burundi put the death toll at 10.

“Our top priority is the security,” said Mohamud, although he listed other urgent matters, including building institutions and codifying election laws and government powers.

When Mohamud previously served as president, from 2012-2017, rampant corruption packed the military with ghost soldiers. Those that did exist often sold their guns when their wages were stolen.

Since then, the United Nations has set up a long-planned biometric database. Soldiers and civil servants now receive their salaries directly to their bank accounts.

Mohamud acknowledged the repeated complaints of corruption, but hailed digitalisation and said he planned to continue a financial reform package he had previously helped negotiate with the World Bank and International Monetary Fund.

“We are all … for the economic reforms,” he said.

Campaigners say the proof will be whether backers receive plum procurement contracts or top posts they use for kickbacks.

“We need an audit for all the taxes raised in Mogadishu, we need to pay salaries on time and we need avoid cronyism,” said Mohamed Mubarak, founder of anti-corruption group Marqaati.