Assessment of police officers to serve in Somalia kicks off 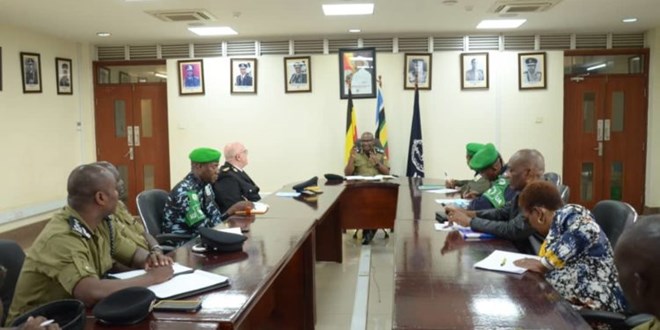 A review of the officers who will be deployed to the African Union Transition Mission in Somalia has begun today by representatives from the AU’s headquarters in Adis Abeba (ATMIS).

The team will serve at the Police Research and Innovation Centre in Kikandwa for a year before returning from Somalia in February of the following year. The assessment will take place there.

Before leaving for the assessment exercise, the AU officers, led by Nancy Obekpa Ajaponna, met and briefed John Niwagira, Director of Operations for the Uganda Police Force, at the police headquarters in Naguru this morning.