Attacks on Somaliland’s media have increased. 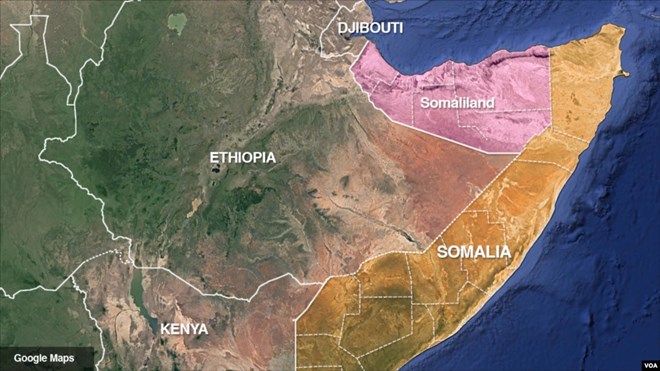 Arrests without cause, threats, and beatings According to media organisations, Somaliland’s journalists are suffering the brunt of an increase in attacks.

On August 11, authorities detained two Horyaal 24 TV journalists — Abdinasir Abdi Haji Nur and Ahmed-Zaki Ibrahim Mohamud — in Hargeisa, the breakaway region’s capital, as they reported on violent protests over allegations that elections could be postponed.

According to journalists in Hargeisa who spoke with VOA over the phone, the pair was initially detained at the criminal investigation department before being transferred to the Mandera prison on August 15. On Wednesday, the couple, who were accused of taking part in the unrest, were eventually released.

According to the Somali Journalists Syndicate, which monitors infractions, members of the police and national intelligence frequently commit hostilities against the media, and in many cases, no one is held accountable for the attacks.

According to Abdalle Ahmed Mumin, secretary-general of the Somali Journalists Syndicate, the media is attacked in order to muzzle reporting on national issues.

He claims that media outlets and journalists who report corruption, human rights crimes, and other infractions are constantly targeted, hampering their job.

“Attacks on journalists, as well as incarceration and raids on media outlets, have intensified,” he stated. “This is due to Somaliland’s multiple crises. Number one, the humanitarian catastrophe in Somaliland caused by the drought has rendered the administration unable to respond. Second, there is an electoral dispute, and the latest date is in November. As a result, the authorities have now resorted to targeting journalists in order to silence [these] critical voices.”

The Federal Bureau of Investigation did not respond to VOA’s request for comment. However, in July, a police spokeswoman claimed that an officer had been arrested on suspicion of assaulting a journalist in Mogadishu.

Muthoki Mumo, the CPJ’s Sub-Saharan Africa head, says journalists have a responsibility to cover subjects of public interest, such as protests, and that their profession should never be associated with criminal conduct.

She expressed alarm about recent steps against the press, including a ban on the BBC, which indicate an increasingly hostile climate.

“The impact of these crimes is to send a fear message to the broader media community,” she explained. “Because of these abuses, journalists may choose to self-censor rather than risk their livelihoods or liberty by telling the truth. In such an environment, the public suffers as a result of a lack of access to various and vital sources of information.”

Part of the problem, according to renowned human rights lawyer Ahmed Yusuf Hussein, is the lack of a press legislation safeguarding journalists.

“The press law, which was of exceptional importance to the media and journalists, was not given its due importance, and it was not forwarded to legislatures to be passed into law,” he said.

Journalists are also in risk in Somalia’s capital, Mogadishu, where a video journalist for media outlet M24 required emergency surgery on Sunday after being injured by a bullet fired by police, according to witnesses.

Ahmed Omar Nur was shot while documenting an attack on Mogadishu’s Hayat hotel. According to witnesses, the shot was fired from the direction of a group of special police officers.

Nur is on the mend. Others, though, have not been so fortunate.