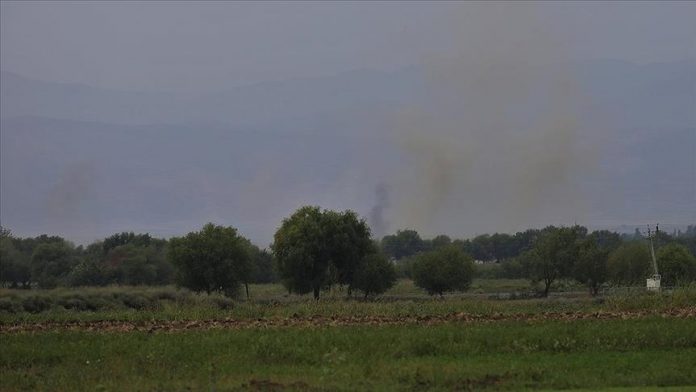 According to the Azerbaijani Defense Ministry on Wednesday, Armenian soldiers occasionally opened fire on a number of army locations.

The border towns of Kalbajar and Lachin received mortar and artillery bombardment last night and this morning, according to a statement from the government.

According to official accounts of the most recent flare-up, Azerbaijan has accused Armenia of “large-scale provocations” in recent days that led to deaths on both sides, including 50 Azerbaijani soldiers and 49 Armenian soldiers.

Two farmers were hurt in Armenian attacks on Monday, with one of them in serious condition, according to a joint statement from the defense ministry and chief prosecutor’s office of Azerbaijan.

Since the Armenian military captured Nagorno-Karabakh, also known as Upper Karabakh, a region that is universally acknowledged to be a part of Azerbaijan, in 1991, relations between the former Soviet republics of Armenia and Azerbaijan have been hostile.

In 2020, Azerbaijan liberated numerous Armenian-occupied towns as well as more than 300 communities and villages. Russia mediated a settlement that put an end to the conflict.