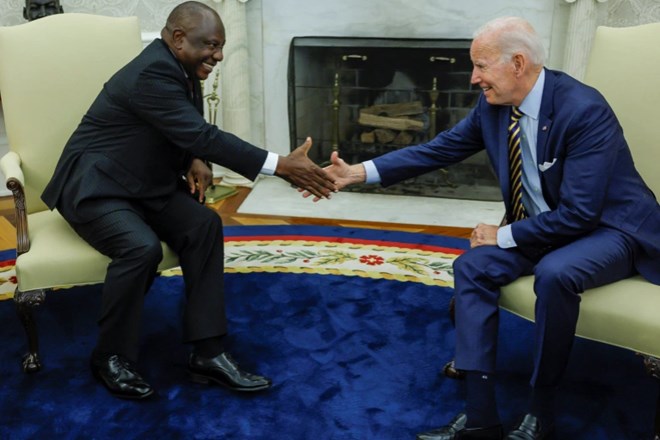 According to the White House, US President Joe Biden will support the African Union’s permanent membership in the Group of 20 major economies in an effort to strengthen the position of the continent.

At the three-day US-Africa Summit, which begins on Tuesday in Washington, DC, Biden will make the announcement. At the summit, the US will commit to the continent in response to moves by China and Russia.

Judd Devermont, senior director for African affairs at the National Security Council, said on Friday that it was past time for Africa to have permanent seats at the table in international organisations and projects.

African perspectives must be heard more often in discussions on the global economy, democracy and government, climate change, health, and security, according to Devermont.

Approximately 50 African leaders are anticipated to attend the discussions with Biden from December 13 to 15, during which the US is anticipated to address the role of the African Union with India, the G20 presidency for 2023.

In an address at the UN in September, Biden declared his support for the extension of the UN Security Council, including the inclusion of African members.

The approach places the US against China and especially Russia, who are perceived as opposed to any move to weaken their veto power, even though few expect quick changes in the Security Council.

The Biden administration has supported the African Union’s diplomatic efforts on the continent and aimed to build cordial connections with Senegalese President Macky Sall, who will be hosting the Washington summit and serving as the organization’s current leader.

Sall was given permission to attend the most recent G20 summit, which took place in Bali last month.

The G20 was established in its current format during the 2008 financial crisis to bring together the world’s top economies, and South Africa is currently the lone member of Africa.

On September 16, Biden and Cyril Ramaphosa, the president of South Africa, met at the White House. South Africa and several of its neighbours have declared their neutrality regarding Russia’s invasion of Ukraine.