Bombings in Somalia Kill at Least 20 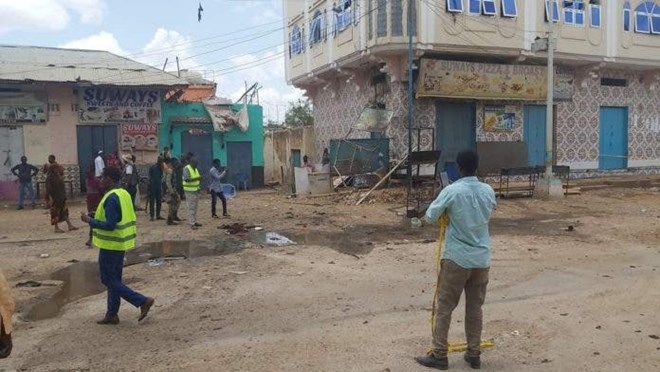 The first attack was a suicide bombing that targeted officials in the town of Merca, the capital of Somalia’s Lower Shabelle region. The blast killed the mayor of the town, Abdullahi Ali Wafow, and 12 other people, including the mayor’s advisers. A number of the mayor’s bodyguards were wounded.

A security official in the region told VOA by phone that the bombing took place near the Merca administration headquarters and was aimed at the mayor.

In a video posted on his Facebook page, Southwest state President Abdiaziz Hassan Mohamed lashed out at al-Shabab and the suicide bomber.

He said the victims were killed by a suicide bomber who is faithless and arrogant, and it’s a problem that the Somali people are facing wherever they are. After they attacked Somalia, he said, he is sure they invaded neighboring countries. The people of Southwest and the government must stand up and unite against the terrorists, he added.

In a separate incident Wednesday, a bomb exploded at a busy livestock market in the town of Afgoye. Police say the attack was a landmine explosion.

The group did say it attacked a convoy carrying Kenyan troops in bombings near the town of Mandera, in northeastern Kenya.

The al-Qaida-affiliated group seems to have increased the size and scope of its attacks in recent days. A force of several hundred Shabab fighters crossed into eastern Ethiopia last week, sparking confrontations with Ethiopian security forces.