Border commissions from Azerbaijan and Armenia will meet soon: President of the European Council 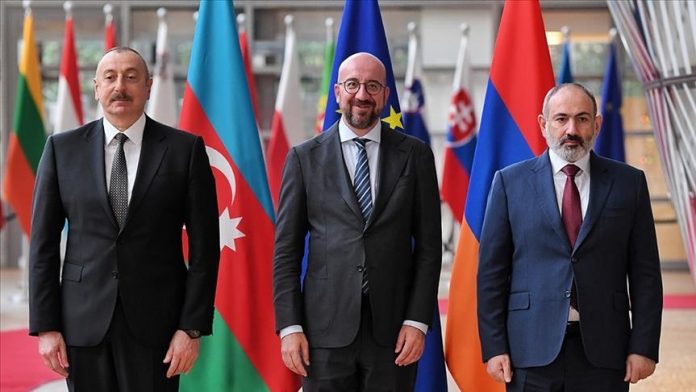 According to the president of the European Council, the first meeting of the joint border commissioners of Azerbaijan and Armenia will take place soon.

“President (Ilham) Aliyev of Azerbaijan and Prime Minister (Nikol) Pashinyan of Armenia were both in town today. This was the third time we’d used this format. We concentrated on the situation in the South Caucasus and the evolution of EU relations with both nations and the area as a whole “After their discussion on Sunday, Charles Michel published a statement.

Michel described the talks as “frank and productive,” saying the officials discussed “humanitarian problems, such as demining and efforts to free captives,” as well as “the fate of missing persons.”

According to the statement, a conclusion on border issues was reached as both sides agreed to hold the first meeting at “the inter-state border in the coming days.”

“It will address all questions related to the delimitation of the border and how best to ensure a stable situation,” he added.

Furthermore, Azerbaijan and Armenia also “agreed on the need to proceed with unblocking the transport links.”

“They agreed on the principles governing transit between western Azerbaijan and Nakhichevan, and between different parts of Armenia via Azerbaijan, as well as international transport through communications infrastructure of both countries,” he said.

Michel said the two countries also agreed on “principles of border administration, security, land fees but also customs in the context of international transport,” and the deputy prime ministers of each country will work on the matter in the coming days.