Brazil defeats South Korea 4-1 to advance to the World Cup quarterfinals against Croatia. 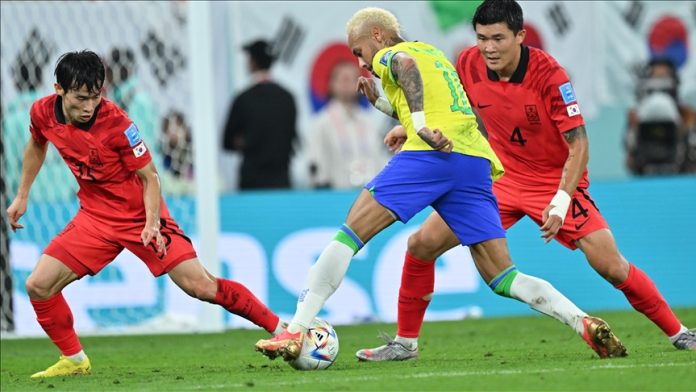 In the quarterfinals of the 2022 FIFA World Cup, Brazil will play Croatia after defeating South Korea 4-1 on Monday.

At Stadium 974, Vinicius Jr. scored a close-range goal for Brazil in the seventh minute with Raphinha’s help.

Richarlison was pulled down by Jung Wooyoung after six minutes, and a penalty was awarded.

Neymar’s right-footed effort from the penalty spot was successful.

Richarlison made it 3-0 with a left-footed shot from the middle of the penalty box in the 29th minute.

In the 36th minute, Vinicius Jr. assisted Lucas Paqueta from the left side of the penalty area to score the fourth goal for the Selecao.

Brazil will now play Croatia, which defeated Japan 3-1 (1-1) on penalties.

On December 9, the quarterfinal match will take place at Doha’s Education City Stadium.