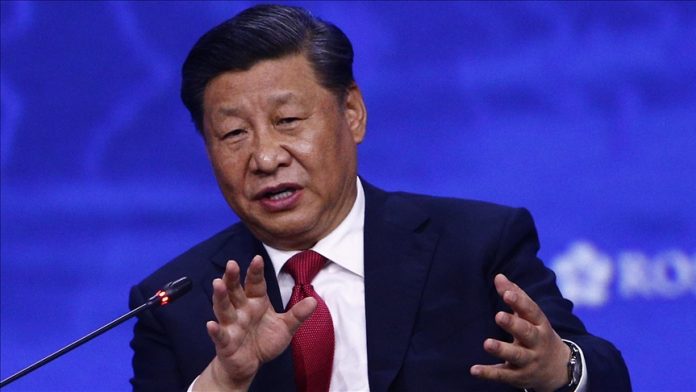 The 20th National Congress of the Chinese Communist Party (CPC) was officially launched on Sunday in Beijing by Chinese President Xi Jinping, who pledged to annex Taiwan and backed the “one nation, two systems” stance, according to state-run media.

The Chinese president declared: “Resolving the Taiwan question is a concern for the Chinese, a matter that must be resolved by the Chinese” in a speech to close to 2,300 party members at Beijing’s Great Hall of the People.

“We will continue to make every effort to achieve peaceful reunification, but we won’t ever pledge to give up using force, and we reserve the right to take whatever necessary steps. The president was reported by the state-run media as saying, “This is not meant at our Taiwan compatriots in any way; it is only directed at the few separatists demanding ‘Taiwan independence’ and their separatist activities.

“We have always cared for and respected our Taiwanese neighbors and sought to meet their needs. We will keep fostering cross-Strait cooperation and economic and cultural exchanges “said Xi.

“The ‘One Country, Two Systems’ idea is a remarkable socialist innovation with Chinese features. After they returned to the mainland, it has shown to be the greatest institutional system for maintaining security and development in Hong Kong and Macao.”

The president declared, “This policy must be upheld over the long run.”

Party delegates decide on future policies and support new leadership roles at the summit, which is held every five years.

“We will fully, faithfully, and resolutely implement the policy of ‘One Country, Two Systems,’ which gives the residents of Hong Kong and Macao a high degree of autonomy each in the administration of their respective territories. We’ll continue to support legal government in Hong Kong and Macao “said Xi.

In addition, Xi Jinping outlined the guiding principles for creating a “modern socialist China” in every way.

According to Xi, “on the road ahead, we must firmly adhere to the major principles of upholding and strengthening the Party’s overall leadership, following the path of socialism with Chinese characteristics, employing a people-centered development philosophy, remaining committed to deepening reform and opening up, as well as carrying forward our fighting spirit.”

We still have a long way to go, but our future is bright,” he remarked.

The ideal meeting is taking place at a time when the US considers China to be a significant rival and is considering efforts to reduce its reliance on Chinese supply chains. Both countries have robust military and the top two economies in the world, respectively.

It also follows the escalation of tensions in the Taiwan Strait after Washington dispatched Nancy Pelosi, the speaker of the US House of Representatives, on an unannounced visit to the autonomous island, which Beijing viewed as the largest provocation from the West.

Taiwan has maintained separate diplomatic relations with 14 countries since 1949 despite China considering it to be its “breakaway province.”