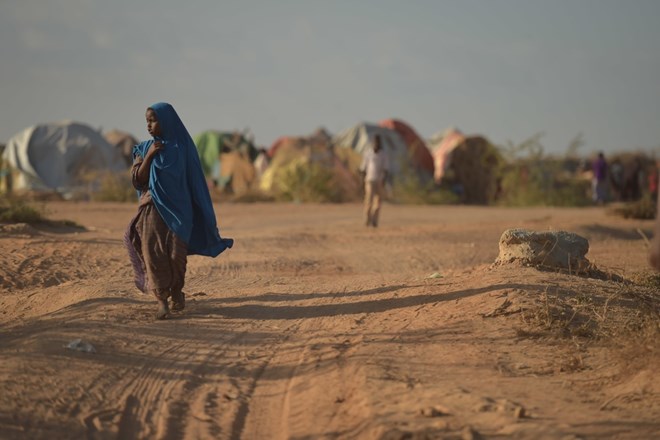 On the occasion of a double extraordinary summit to be held Friday and Saturday in Equatorial Guinea, the African Union is working with the United Nations, other parties and donors to prevent the exacerbation of humanitarian crises on the continent as a result of climate change and the expansion of militant groups’ activity.

In Malabo, Congolese diplomat Raouf Mazou, Assistant High Commissioner for Refugees at the United Nations, confirms that recent climate-related disasters have severely exacerbated population movements, which have been fueled primarily by violence and conflicts, which in turn threaten to escalate conflicts, resulting in a vicious circle in which the region’s countries are trapped.

Africa is currently facing natural disasters and conflicts that are causing displacement movements of unprecedented magnitude.

Floods and droughts are increasing in frequency and severity and are seriously affecting countries such as Ethiopia, Kenya, Somalia and South Sudan. Disasters related to climate change not only threaten to increase poverty and hunger and reduce access to natural resources such as water, but may also cause increased instability and violence.

This is what is currently happening in the Far North region of Cameroon, where a conflict is taking place between livestock breeders, fishermen and farmers over access to scarce water resources, forcing at least 100,000 people to flee within Cameroon or flee to neighboring countries.

Cyclones hit Mozambique as violence and growing unrest in the north displaced hundreds of thousands of people.

The Sahel is on the front line of the climate crisis, with temperatures rising 1.5 times faster than the global average, exacerbating conflicts over scarce resources and making life more difficult for those forced to flee their homes.

Unfortunately, many of the countries most vulnerable to the effects of climate change already host a large number of refugees and internally displaced persons.

If we do not invest more money to mitigate future needs in terms of protection and to counter new waves of displacement resulting from climate change, the situation will deteriorate continuously.

The increase in prices and the decline in food aid as a result of the war in Ukraine will exacerbate the situation of refugees and other forcibly displaced people throughout Africa, and will increase the risk of tension between the various groups.

The prices of foodstuffs, fuel and fertilizers have risen sharply, and the purchasing power has declined particularly affecting the most vulnerable families, i.e. refugees and displaced persons. Millions of displaced families across Africa may starve as food rations dwindle due to insufficient humanitarian funding.

This is what we are already seeing with new cuts in food aid to refugees in Mozambique and Zambia. Food rations will also be reduced next month for refugees in Sudan and other countries.

On the other hand, the impact of the war in Ukraine on the cost and availability of foodstuffs in the world indicates the importance of exploiting the vast areas of fertile land in Africa in order to put an end to the useless dependence on imports.

The presence of non-government armed groups in some parts of the continent is worrying.

The Sahel region is facing one of the world’s fastest-growing displacement crises due to the combination of political instability with generalized violence, food cuts and the climate crisis.

The region is home to 2.86 million internally displaced people, a tenfold increase from ten years ago. In the central Sahel region, about 75% of them are concentrated in Chad and Niger.