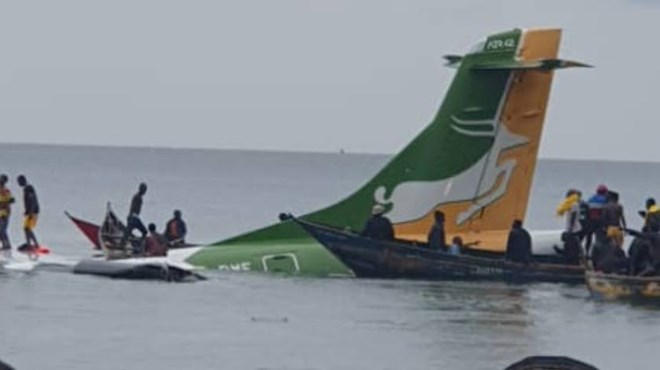 According to the airline, a Precision Air commercial flight that had crashed into Tanzania’s Lake Victoria on Sunday was the subject of a rescue effort.

The largest lake in Africa was struck by the downed aircraft, according to a Precision Air official who talked Media.

How many passengers were on board or whether anyone died in the collision were not immediately known.
Tanzanian airline Precision Air is situated in Dar es Salaam.

More will be revealed in this growing story.