Cristiano Ronaldo is being investigated for slapping a fan’s phone out of his hand. 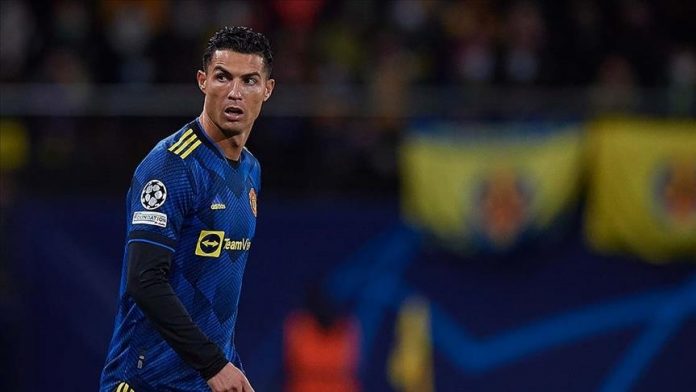 After Manchester United star Cristiano Ronaldo appeared to slap a cell phone out of a young fan’s hand, police in Liverpool said Sunday that they have begun an inquiry.

On Saturday, Manchester United were defeated 1-0 by Everton at Goodison Park, the latter’s home field. Everton was the favorite team of the young boy.

Footage that went viral on social media showed Ronaldo exiting the pitch through the tunnel, surrounded by fans on both sides of the railing. It then looked like he was smacking the young fan’s hand, which was clutching a cellphone.

“At full-time, the Man United players started going off,” Sarah Kelly, the mother of Jake, the little fan, told the Liverpool Echo. We were in Park End, so we were right next to the tunnel where they were walking through — my son was filming them all.”

“He recorded all of the United players as they walked through.” Then he put down his phone because Ronaldo’s sock had come undone and his leg was bleeding. He didn’t even talk as he dropped his phone to see what it was.

“Ronaldo then walked past, smacked the phone out of my son’s hand, and continued walking with a terrible, awful fury.”

“I was crying, I was shaking, and Jacob was in pure shock – he’s autistic and has dyspraxia, so he didn’t fully get what was going on until he got home.” He’s furious about that, and it’s entirely deterred him from attending the game again,” she explained.

She also sent a photo of her son’s damaged hand to the Liverpool Echo.

Merseyside Police stated in a statement that they were in contact with Manchester United and Everton following reports of the alleged assault.

According to the statement, “while players were leaving the pitch at 2.30 p.m., it was claimed that a youngster was assaulted by one of the away team as they departed the ground.”

“Investigations are ongoing, and police are presently working with Everton Football Club to analyze CCTV material and conduct comprehensive witness interviews to determine if an infraction has occurred,” the statement continued.

“However, we must always be respectful, tolerant, and set an example for all the young people who enjoy this wonderful game.”

​​​​​​​”As a gesture of fair play and sportsmanship, I would like to invite this supporter to witness a game at Old Trafford.”