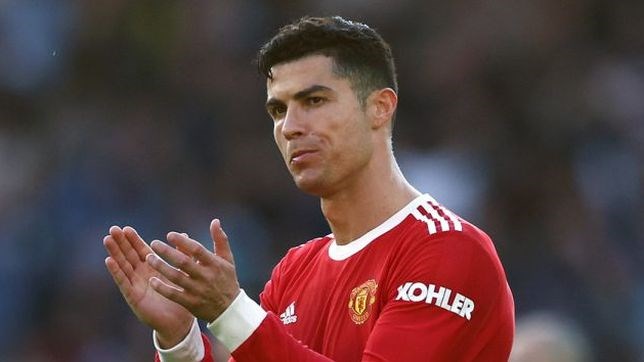 Manchester United has announced that Cristiano Ronaldo will leave “with immediate effect,” the Premier League club said on Tuesday.

On the eve of the World Cup, the 37-year-old attacker gave a fiery interview in which he attacked the club’s owners and manager Erik ten Hag.

The club released a statement saying, “Cristiano Ronaldo is to depart Manchester United by mutual consent, with immediate effect. The team wishes him and his family well for the future and expresses gratitude for his enormous contribution during his two stints at Old Trafford, where he scored 145 goals in 346 games.

In a statement on Tuesday, Ronaldo, who will be representing Portugal in the FIFA World Cup in Qatar in 2022, expressed his affection for the team and the supporters. That won’t ever change, he continued. But now seems like the perfect time for me to look for a fresh challenge. I send my best wishes to the team for the rest of the year and the future.

Ronaldo claimed in an interview conducted prior to the World Cup that the Glazer family, United’s American owners, were more more concerned with the club’s potential for financial gain than with its performance on the field.

The Glazers have long been despised by the United supporters; during their 17-year rule, the team’s on-field performance declined and there were numerous fan protests.

On Tuesday, Sky News reported that the Glazers were getting ready to formally announce their intention to look into possible outside investment sources. These sources could include an auction of United, with a full or partial sale, strategic partnerships with outside parties, or other options.

After Alex Ferguson’s retirement, United has not won the Premier League championship since 2013, and various managers have been fired.

Additionally, they were unable to make it into the Champions League this season, which may have encouraged Ronaldo to appear to push for a transfer during the preseason transfer window.

Rio Ferdinand, a former defender for Manchester United, claimed that Ronaldo and the team had obtained their goals.

According to Ferdinand, who played with Ronaldo at Old Trafford, “Cristiano certainly did that interview with the idea that he wasn’t happy and wanted to get out of the club.” “He was pretty explicit about that.

“I believe Erik ten Hag also obtained his objectives in this circumstance. Now that everyone is content, we can continue.

Ronaldo was undoubtedly upset about his diminished role at United because the team was no longer at the top of English football.