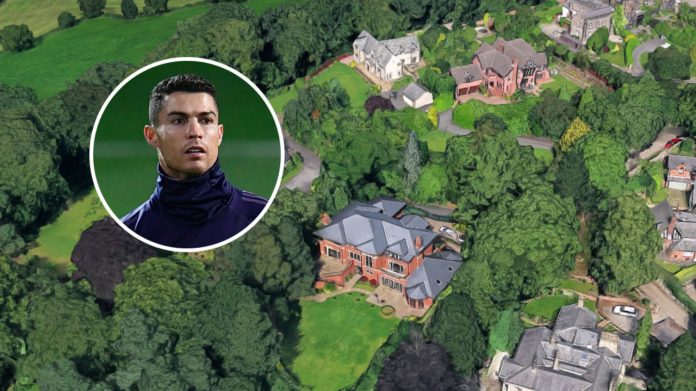 Having left Manchester United almost a decade ago, it’s no surprise that international soccer superstar Cristiano Ronaldo is ready to bid farewell to his home in the affluent English village of Alderley Edge, just 15 miles away from his former playing ground at Old Trafford.

Mr. Ronaldo, who now plays forward for Italian club Juventus, listed the five-bedroom, three-story brick house on Monday for £3.25 million (US$4.1 million), according to listing records.

The Portuguese footballer is set to take a £600,000 loss if it sells for that asking price. Mr. Ronaldo, 33, purchased the house for £3.895 million over a decade ago, according to a title document filed with the Land Registry in 2007.

Images of the house reveal Mr. Ronaldo’s surprisingly Gothic taste in furnishings. The spartan decor left in the house is almost exclusively black, including a black shag and cowhide rugs, a plush charcoal-gray couch and even sheer black curtains.

Otherwise the home has fairly traditional finishes, including light stone-tile and hardwood floors and tall windows