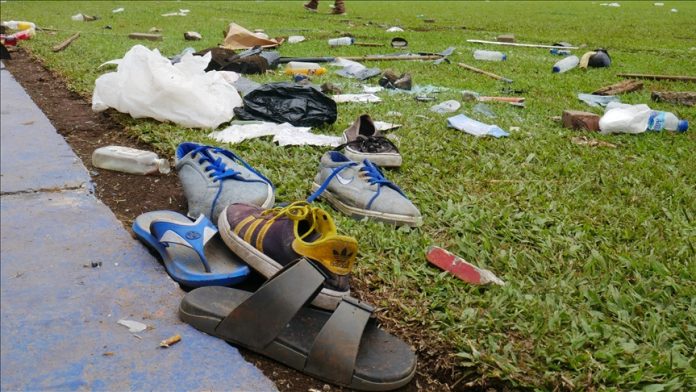 Officials in Indonesia have updated the death toll from the stampede and riots that occurred over the weekend during a football game to 125.

General Listyo Sigit Prabowo, the head of the Indonesian police, stated in a statement that “the number of victims who died as a result of this incident now stands at 125” following consultation with the district and city health offices.

Officers used tear gas to disperse home team fans who had stormed the field at the Kanjuruhan football stadium in Malang, East Java province, late on Saturday. This caused a stampede and several cases of suffocation. Approximately eight medical facilities provided care for the injured.

Around 40,000 spectators watched the game, with 3,000 of them rushing into the stadium, according to police estimates.

Sigit spoke at a press conference that was held at the stadium on Sunday night.

According to officials, victim names were sometimes registered more than once.

One of the worst football-related tragedies ever has been the subject of an investigation ordered by the Indonesian government.

Police will “thoroughly investigate,” according to Sigit.

Social media users posted a video of red-and-blue-clad supporters storming the field after Arema FC’s 3-2 loss to Persebaya Surabaya and fighting with what looked like riot gear-clad security personnel.

Authorities would reevaluate safety at football games, according to sports minister Zainudin Amali, and they might even consider banning spectators from games in the wake of the stampede.

Due to the tragedy, the Indonesian Football Association (PSSI) has cancelled next week’s games and barred Arema FC from hosting matches for the remainder of the year.