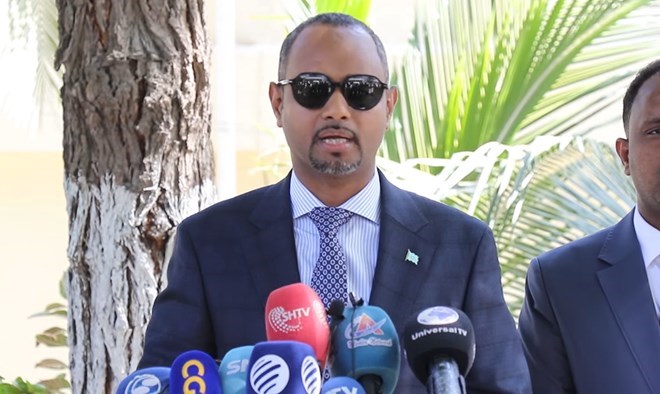 Abdikhadir Mohamed Noor, the defense minister of Somalia, acknowledged on Wednesday that the first contingent of recruits trained in Eritrea had arrived in Mogadishu, but he would not say how many of them were sent back.

The minister announced at a press conference on Wednesday in Mogadishu that the freshly trained forces would take part in efforts to free the nation from the al-Shabab organization.

“Thank God, the first group’s arrival is now feasible. It is a setback for the Khawarij and everyone else jeopardizing national security “declared the defense minister of Somalia.

The minister continued by saying that the Somali government was dedicated to training Somali forces and reclaiming areas from Al Shabaab.

The repatriation of future recruit groups will take place in operations that are anticipated to extend through January 2023, according to President Hassan Sheikh Mohamud.