Deni and Karaash will meet face to face to overcome their political impasse. 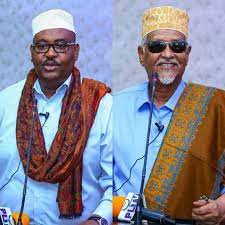 Puntland Vice President Ahmed Karaash declined to attend a meeting with Puntland interior minister Mohamed Abdirahman Dhabanad, one of the three ministers he fired on May 5th.

Ahmed Karaash ordered the minister to leave a local government meeting on Saturday, which resulted in the meeting’s dissolution. The vice president insists that he had fired the ministries of interior, security, and finance, all of whom are close friends of President Deni.

Meanwhile, the Puntland parliament is pressuring the president and vice president to resolve their political standoff, with the current parliament likely filing a motion against the cabinet.

One of the parliament’s agendas is an article on the political deadlock between the president and the vice president, which appears to be intended to resolve the disputes that hampered the administration’s ability to function.

According to reports, President Deni will meet in-person with his vice president on Monday to find methods to resolve their long-running standoff.