Deniz ncü, a national rider, will race in the Moto3 Spanish Grand Prix. 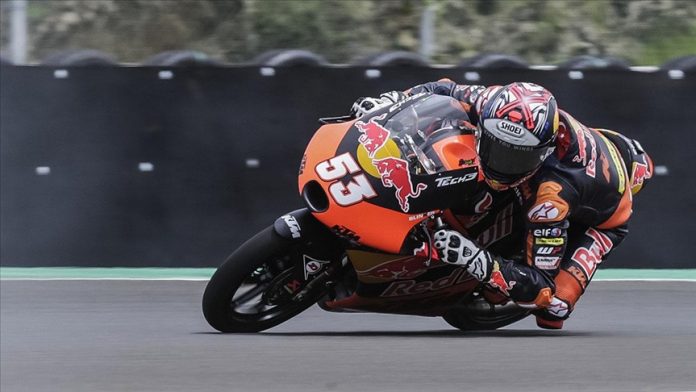 According to a statement released by the Turkish Motorcycle Federation (TMF), Deniz ncü and his Red Bull KTM Tech3 team are aiming for the podium in the race that begins tomorrow at the 4.4-kilometer Jerez Track.

Deniz ncü, a national athlete competing in the Moto3 class under the supervision of TMF National Teams Captain Kenan Sofuolu, will attempt to win the degree he lost in the Portuguese race last week in Spain.

Deniz ncü will compete in free training tomorrow and qualifying on April 30 in Spain.