Do you have any concerns about autism? Minnesota can assist Somali families. 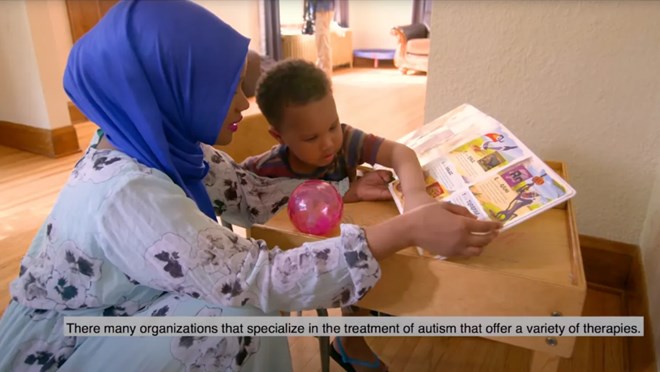 Are you worried about your child’s autism? What are autism’s signs and symptoms? This is the first place Somali families should look for answers and assistance.

The frequency of autism in various immigrant communities is unknown. However, the Minnesota Autism Developmental Disabilities Monitoring Network, a consortium of organizations funded by the Centers for Disease Control and Prevention, studies the number of children in Hennepin and Ramsey counties who have autism and other developmental disabilities.

After the Minnesota Department of Health discovered an alarming number of Somali children attending special education programs in preschool in 2008, researchers began researching into autism prevalence in the Somali community.

The monitoring group reports that autism rates for Somali 8-year-olds track closely with the state’s overall autism rates in 2018, according to Jennifer Hall-Lande, the project’s principal investigator. Overall, 1 in 36 eight-year-old children in Minnesota have autism. In the Somali community, 1 in 29 eight-year-olds have autism.
The word “autism,” comes from the Greek word for being withdrawn into one’s self. The term was first created in 1911 by psychiatrist Paul Eugen Bleuler. Autism spectrum disorder is a developmental disability caused by differences in the brain, according to the Centers for Disease Control and Prevention. People with autism may communicate, behave, interact, and learn in different ways from other people.

How do experts diagnose autism?

To find out if a child has autism, the Minnesota Department of Health recommends sharing questions or concerns with your child’s pediatrician. You can ask the doctor questions about how your child is playing, learning, speaking, or acting.

Parents can also speak to their child’s teachers to learn about behavior they’re exhibiting at school and to connect with special-education services.

If a child is under five years old, parents can contact Help Me Grow, a partnership of Minnesota agencies that helps coordinate early intervention and special education services for children.

The state also offers videos about autism and the services available for people living with the condition. These videos are available in Somali, Hmong, and Spanish.

The state has compiled these resources in the Minnesota Autism Resources Portal, including a list of signs and symptoms to look for.

Children develop differently, and these individual markers don’t necessarily mean that a child has autism. But an early diagnosis can help advise parents so children can receive services they need to adapt at school and home.