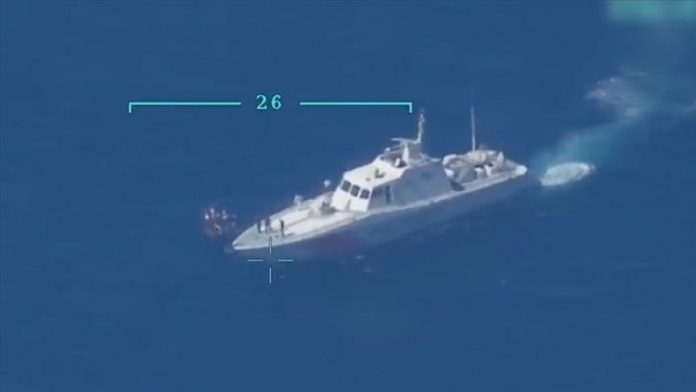 Greek forces pushing back unauthorised immigrants in the Aegean Sea were captured on camera by a Turkish drone, the Turkish National Defense Ministry reported on Friday.

According to the ministry’s tweet on Wednesday, the drone captured illegal migrants being loaded onto two inflatable boats and pushed back toward Turkish territorial waters near Uzunadalar, off the coast of Izmir’s Cesme district.

The Turkish Coast Guard was informed of the situation right away, and they were able to rescue the unauthorised migrants.

Human rights organisations and Turkey have repeatedly denounced Greece’s illegal policy of turning away asylum seekers, claiming that it violates both international law and humanitarian principles by putting the lives of weaker migrants—including women and children—in danger.

The Turkish Interior Ministry reported on Tuesday that six unauthorised migrants, including two infants and three children, perished when Greek forces forced them back into Turkish territorial waters in the Aegean.

While rescuing 73 migrants who had been forced back by Greek forces off the Turkish coast of Marmaris, the Turkish Coast Guard discovered the six dead migrants, among them a woman.

The migrants who were rescued informed the coast guard that Greek forces had forced them back into Turkish territorial waters.

For those seeking asylum and hoping to enter Europe to begin new lives, particularly those fleeing war and persecution, Turkey has been a crucial transit country.