Drought has affected nearly half of Somalia, and hunger is looming. 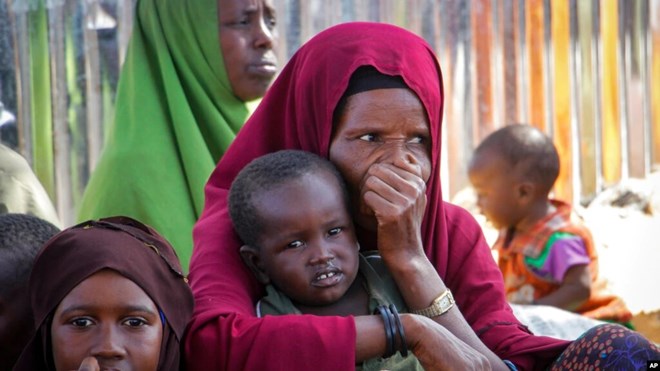 On Monday, Somalia’s special envoy for humanitarian affairs told a news conference in Mogadishu that the unprecedented drought has touched more than six million Somalis.

According to Abdurahman Abdishakur Warsameh, the number of Somalis in need is rapidly approaching half of the country’s population.

According to Warsameh, the drought has affected 72 of Somalia’s 84 districts, with six of them already experiencing famine-like conditions and severe food shortages.

He claims that our people are now starting to perish. Deaths have started to occur, famine is imminent in certain areas, and drought is turning into famine in others. Warsameh believes that Somalis at home and abroad should assist us in shouldering some of the burden.

The special envoy did not give any figures on how many Somalis have died from hunger but appealed for aid to reach those in need.

He said the U.N. and aid agencies requested $1.4 billion for drought relief but so far received only $58 million.

Warsameh said international aid was more focused on the COVID pandemic, Russia’s war on Ukraine, and crises in Afghanistan, Syria, and Yemen.

The humanitarian envoy also said not much attention is given to humanitarian needs because of Somalia’s focus on politics last year and a half of delayed elections.

International aid agencies warned Monday that the threat of starvation was worsening in Somalia and neighboring countries across Ethiopia and Kenya.

The Horn of Africa region is facing a record fifth rainy season without adequate rain, according to meteorological experts and humanitarian groups, which include U.N. agencies.