Drought in the Horn of Africa: Late rains in Ethiopia, Kenya, and Somalia are exacerbating hunger, according to the World Food Programme. 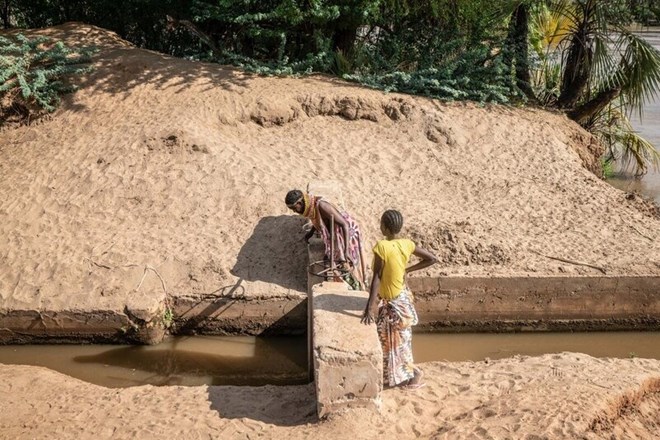 The World Food Programme has warned that the number of people forced to go hungry in the Horn of Africa due to drought might climb from 14 million to 20 million by the end of the year. Rains have yet to materialize a month into the current rainy season; if they don’t, this will be the region’s fourth straight failed season as food and fuel costs rise to astronomical heights due to the war in Ukraine.

“We know from past experience that acting quickly to avert a humanitarian disaster is critical, but our capacity to launch the response has been constrained to far due to a lack of financing,” said Michael Dunford, WFP’s Eastern Africa Regional Director. “WFP and other humanitarian agencies have been warning the international community since last year that this drought could be disastrous if we didn’t act immediately, but funding has failed to materialize at the scale required.”

According to the World Food Programme, time is running out for families trying to survive in Somalia, where famine is a real possibility. Half a million Kenyans are on the verge of starvation, while malnutrition rates in Ethiopia are far higher than emergency levels.

The cost of a food basket has already increased, particularly in Ethiopia (66%) and Somalia (36%), both of which rely largely on wheat from Black Sea basin nations, and the disruption in imports threatens food security even more. Since January, shipping charges on some routes have doubled.

Early effort prevented disaster during the 2016-17 drought in the Horn of Africa. Humanitarian aid was increased before widespread hunger developed, sparing lives and preventing a disastrous famine. This year, due to a severe lack of resourcing, there are growing fears that it won’t be possible to prevent the looming disaster – and millions will suffer as a result

The World Food Programme (WFP) previously requested for badly needed funds in February, but only about 4% of the required funds were obtained. WFP will require US$473 million over the next six months to scale up aid and preserve lives in Ethiopia, Kenya, and Somalia.

“Farmers have watched their crops shrivel up, wilt, and die owing to lack of rain… harvests are up to 70% below the usual in impacted places,” WFP spokeswoman Tomson Phiri said during a visit to the country earlier this year.

“Meals and water prices are increasing, severely limiting people’ access to nutritious food,” he continued. In certain markets, cereal prices have climbed three to five times above average, accompanied by a drop in cattle. The maximum amount of cereal that could be purchased with this amount of money with the sale of a goat has dropped in some cases by up to 40 percent below the five-year average in Kenya, and by over 80 percent in parts of Somalia.

“Dead animals by the roadside are a common sight – they have not been hit by passing vehicles, but rather died in large numbers from thirst and starvation.”