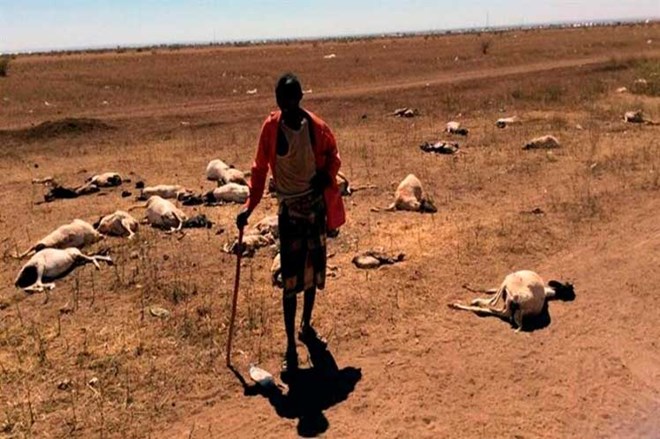 According to Etinenne Peterschmitt, the FAO representative in this country, these humanitarian money would be distributed to 882,000 individuals affected by the lack of rain in 52 districts across the country.

He stated that, in the face of the threat of starvation, the financial resources supplied would be utilised to protect livelihoods and support food producers.

Khalid Saeed, FAO’s livestock coordinator, claimed that over 70,000 individuals have fled their communities in rural areas owing to a lack of water for themselves and their animals.
Humanitarian organizations recently revealed that countries in the Horn of Africa, including Somalia, are suffering from a terrible drought, with an estimated 20 million people in the region facing famine.