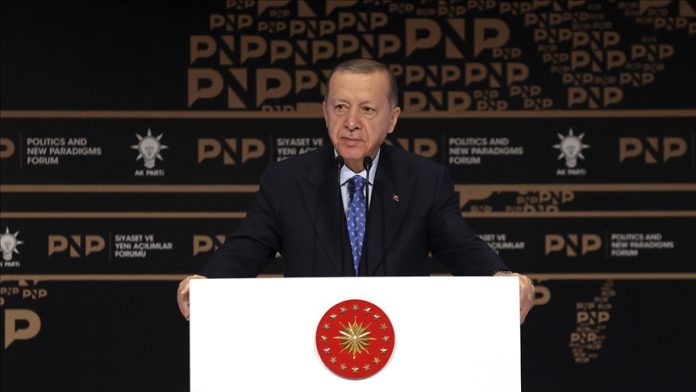 President Recep Tayyip Erdogan claimed on Saturday that Turkey has demonstrated its “diplomatic power” during the current confrontation between Russia and Ukraine.

“Our crucial involvement in the opening and maintenance of the grain corridor, as well as prisoner swaps (between Russia and Ukraine),” he remarked at the Politics and New Paradigms Forum in Istanbul.

Because of our relations with the Russian and Ukrainian presidents, as well as the UN secretary-general, Turkey has served as a balancing force since the war began in February.

Following Moscow’s pullout from the grain deal reached in Istanbul in July by Turkey, the UN, Russia, and Ukraine, Ankara and Erdogan were once again at the centre of mediation efforts this week.

Russia withdrew from the accord on October 29, accusing Ukraine of targeting its Black Sea naval fleet.

However, Turkey and the UN were able to persuade Moscow to reconsider the decision, bringing an end to a tense stalemate that threatened to deepen the global food crisis.