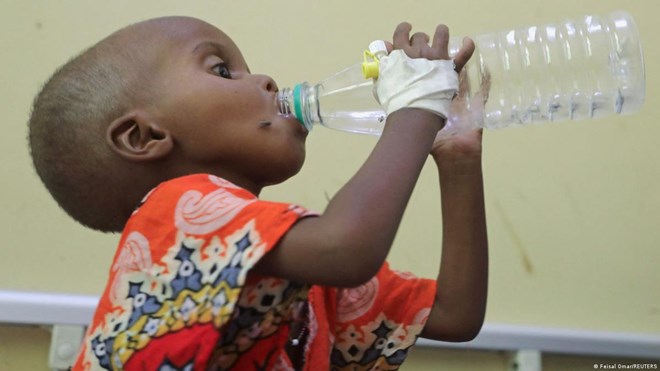 Dry seasons are recurrent in East Africa. But in the last few years the situation has worsened. Workneh Gebeyehu, the executive secretary of the Intergovernmental Authority on Development (IGAD), an organization for regional development, recently said that more than 50 million IGAD citizens in member states Somalia, Kenya, Uganda, Djibouti, Ethiopia, South Sudan and Sudan are food insecure. The assessment did not include the IGAD’s eighth member Eritrea.

Many regions in northern Kenya have been experiencing the worst drought in years. Some areas, like central Kenya, which for a long time enjoyed surplus food production and high yields, have seen crops drying up, harvests dwindling and hunger growing.

Some parents in Turkana, in Kenya, are struggling to provide for their families. “This house has no food even to feed the children, unless I go into the bush and collect a wild fruit,” Susan Roteli told DW.

Pastoralists, who are dependent on livestock, are fighting for survival. Animals that once provided a source of income can now hardly be kept alive. When they collapse, scavengers fight over the remains.

“I can’t count the number of livestock we have already lost in the drought. It was more than a hundred. Right now, we only have five animals left,” Joseph Ewaar told DW. Like other pastoralists who are losing their cattle, Joseph feels helpless as the situation continued to deteriorate.

Over 500,000 people in Kenya’s Turkana region are facing starvation. The county secretary for disaster management and drought, Jeremiah Namuya, attributed this to a lack of rainfall in the last four seasons.

Climate change contributed greatly to the drought situation, he said, and was causing the poorer populations in Africa to suffer the most. “I think it is a call for the globe as a whole to address the issue of climate change, because it affects a lot of people not only in Africa, but on other continents as well,” he said.

In neighboring Somalia, the drought has affected 7 million people who are in dire need of assistance, according to the Minister for Agriculture Ahmed Madobe Nunow.

Speaking at an IGAD meeting in Nairobi at the beginning of October, he called for an immediate intervention to avert the looming crisis. “Some pockets of the country are on the brink of famine, unless we do something about it immediately,” he warned. 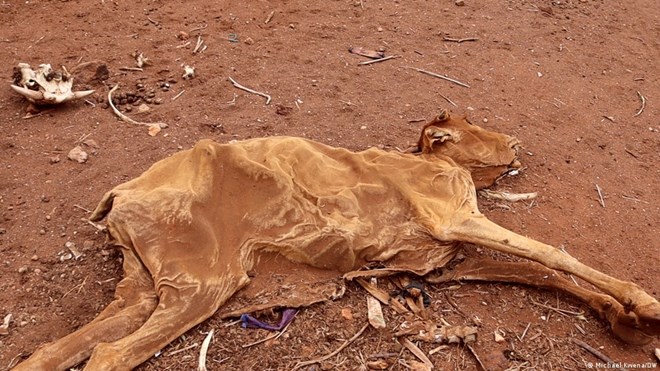 Somalia, which has been struggling for years with a security crisis due to an Islamist insurgency, recently faced a locust infestation and must now deal with the drought, while still reeling from the COVID-19 pandemic.

According to Madobe Nunow, Somalia is on the verge of a second famine, after the 2010-2012 crisis which according to the UN claimed more than a quarter of a million lives, half of them children.

Continued attacks by the extremist al-Shabab militia have derailed the process of aid supply. Staff members of many aid organizations have repeatedly been attacked or even killed while distributing food.

In the middle of a civil war between the central government and the Tigray People’s Liberation Front (TPLF), Ethiopia is another country struggling to feed its population. Over one million people in the Tigray region alone have been unable to receive assistance.

IGAD’S Gebeyehu said that limited progress towards restoring regional peace and security has contributed significantly to heightened levels of food insecurity and malnutrition in the region, as agricultural food production is interrupted. The international community is placing its hopes on the restart of talks between the warring factions on Monday in South Africa. 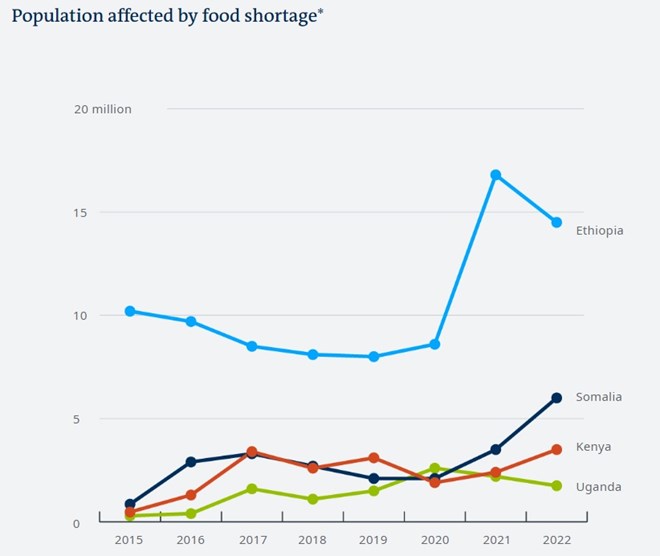 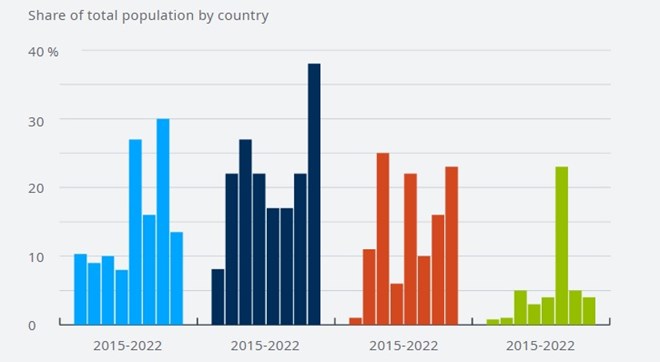 Some aid organizations, like the International Committee of the Red Cross, have started to bypass governments and are transferring cash directly to the cell phones of people in need of help.

In Kenya, the government has a similar cash transfer program, supported by its partners in Turkana. The program led by the National Drought Management Authority (NDMA) has provided much needed help.

More needs to be done

Somalia’s minister for Agriculture Madobe Nunow pointed out that his country was hoping to alter food production in a way that would reduce dependency on rainfall frequency. “We need to invest in water resources by harvesting water when it rains, because often in Somalia we are between floods and drought. We can harvest the water and use it for irrigation and reduce our dependency on rain-fed farming.”

At the same time, governments in the region have been delivering food to the most affected areas in their countries. Namuya told DW that several tons of aid have been distributed in the eastern part of Turkana.

But it was insufficient, he believed. “I have to say the ongoing interventions are a bit minimal, because, as we can see, the population in need of humanitarian and emergency assistance is huge. It requires more resources to be pulled together.”