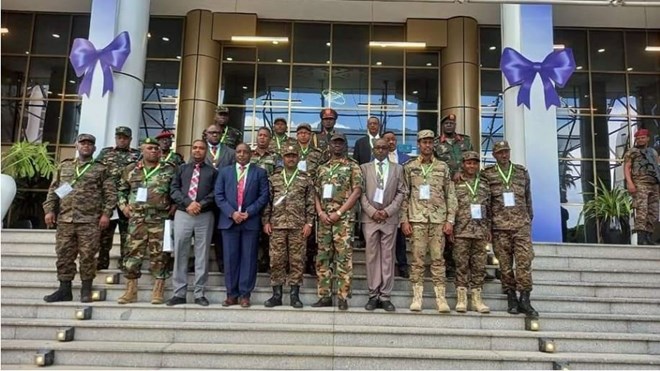 Ethiopia, Djibouti, Sudan, South Sudan, Somalia, Tanzania, and Uganda were among those that attended the event.
The summit emphasized the importance of maintaining alert and coordinating efforts among regional governments to confront security threats.

The meeting took stock of how far the previous meeting’s conclusions and suggestions had been implemented.

The military agencies signed a memorandum of understanding to cooperatively combat terrorism and counter anti-peace groups that constitute a threat to regional peace and security, according to a statement released by the Ethiopian Ministry of Defense.

The regional meeting is said to have provided an opportunity to review the security situation in the volatile eastern Africa region.

In this regard, the military intelligence agencies agreed to jointly work together​​ on border security, cyber security, social media, social issues, environmental protection and youth unemployment, among others in a bid to create a “peaceful and secure Africa.”

In addition to security issues, participants of the forum discussed tehir experience in the field.

The forum concluded that the next round of consultations to be held in Uganda.