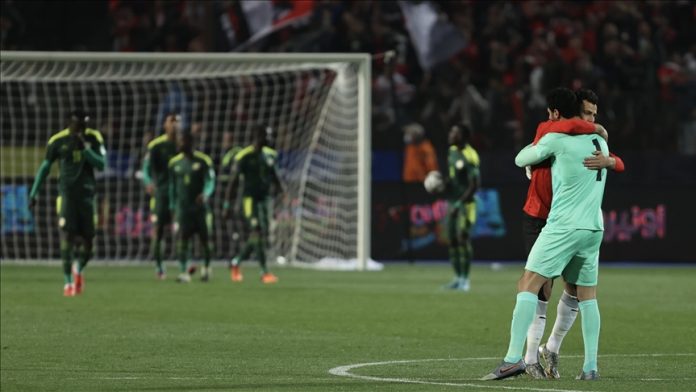 On Friday, Egypt won 1-0 against Senegal in the first round of the Confederation of African Football (CAF) FIFA World Cup Qatar 2022 qualifiers.

Saliou Ciss of Senegal scored an own goal in the fourth minute at Cairo International Stadium, which was the game’s only goal.

The second match of Round Three will take place on Tuesday at Dakar’s Abdoulaye Wade Stadium.

Both teams met in the First Africa Cup of Nations (AFCON) final on Feb. 6, with Senegal winning 4-2 on penalties to claim the title.

The winners of each home-and-away match in Round Three, which includes the 10 group winners from the second round, will qualify for the FIFA World Cup Qatar 2022.

The FIFA World Cup 2022 will be held in Russia from November 21 to December 18, with 32 teams divided into eight groups.