Elections go on  in Ethiopia 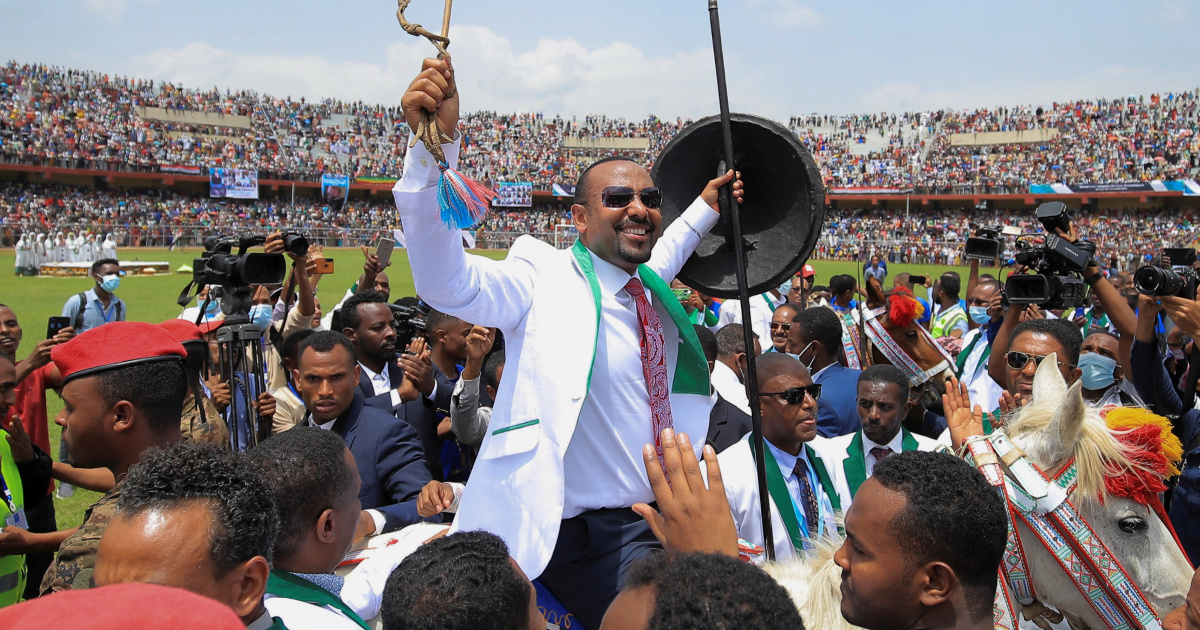 Vote-counting was under way Tuesday following elections in Ethiopia that went ahead despite the impasse in Tigray region and other restive parts of Africa’s second-most populous nation.

Some 38 million were registered to vote but many must wait until September, with elections postponed or cancelled in one-fifth of national constituencies because of the Pandemic and logistical problems.

Nevertheless, ballots were being tallied in the vast nation of 110 million, where results are not expected for several days.

“All sections of society have gone out to cast their voice in our nation’s first free and fair election,” the 44-year-old leader posted on Twitter, alongside images of crowds waiting to vote.

“Pictures are a thousand words and they show the earnestness, commitment to peace and the democratic process, by our people.”

Abiy faced voters for the first time since coming to power in 2018, and his ruling party is expected to secure a comfortable majority.

Voting stretched into the evening, with the nearly 50,000 polling stations staying open an extra three hours to accommodate long queues after delays in delivering ballot papers.

The national electoral board said the vote was mostly peaceful. In Bahir Dar, the capital of the north western Amhara region neighbouring Tigray, daily life had resumed on Tuesday, with businesses open and traffic returning to the streets.

Counting had finished in a number of polling stations in Bahir Dar, with results displayed clearly for the public.

Once votes are counted, national MPs will elect the prime minister as well as the president, a largely ceremonial role.

Abiy called on all parties to remain calm and committed to peace during the tabulation phase until results are announced.

The election was twice delayed — once because of the corona virus pandemic, which has hammered Ethiopia’s economy, and again to allow more time to organise the ballot.

Holding smooth elections is a daunting task at the best of times in such a large country. The electoral board noted problems getting ballot papers and other voting material to some areas on time, leading to delayed starts and long waits for those in line.

More than 40 parties and 9,500 candidates contested the national and regional elections, but in some areas the opposition boycotted, including in Abiy’s populous and influential home region of Oromia.

There, the majority of national parliamentary seats were contested by sole candidates, election data showed.