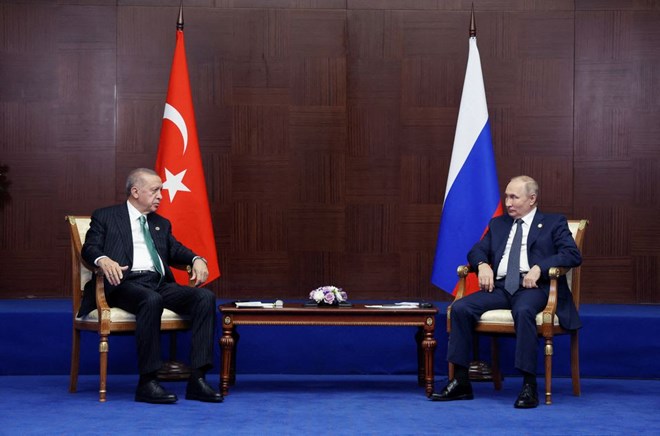 Turkish President Tayyip Erdogan said on Friday that he and Russian counterpart Vladimir Putin had agreed that Russian wheat shipped under the Black Sea export arrangement will be given away for free to underprivileged African countries.

“In my phone contact with Vladimir Putin, he said, ‘Let’s deliver this grain to nations like Djibouti, Somalia, and Sudan for free,’ and we agreed,” Erdogan stated in an Istanbul speech to businesses.

The remark came as Moscow restored its involvement in the grain agreement reached by the United Nations and Turkey on Wednesday, after four days of non-cooperation that saw exports from Ukrainian ports continue.

Putin stated earlier this week that if Russia withdraws from the agreement again, it will swap the entire volume of food designated for the “poorest countries” for free from its own stores.
Nevzat Deranoglu and Yesim Dikmen contributed reporting. Daren Butler wrote the piece, while Ali Kucukgocmen and Jonathan Spicer edited it.