Erdogan assures Putin that Turkey may help Ukraine with its nuclear project. 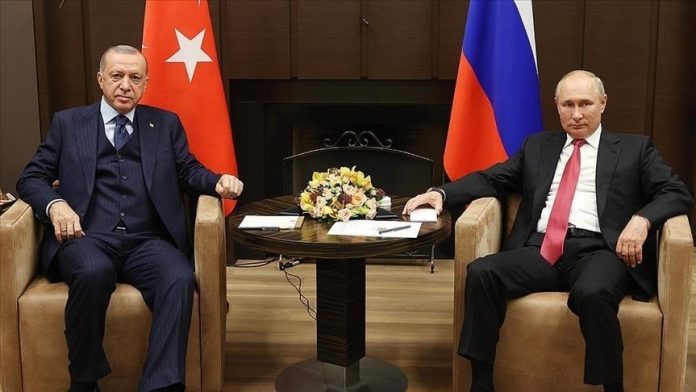 Turkish President Recep Tayyip Erdogan informed his Russian counterpart Vladimir Putin on Saturday that, as with the grain accord, Ankara might help facilitate the Zaporizhzhia nuclear power station in southern Ukraine.

In a phone chat, Erdogan and Putin discussed bilateral relations as well as regional issues, including grain exports, according to Turkey’s Communications Directorate.

On July 22, Turkey, the United Nations, Russia, and Ukraine inked an agreement in Istanbul to restore grain exports from three Ukrainian Black Sea ports, which had been halted during the Russia-Ukraine war that began in February.

Erdogan also conveyed to Putin his condolences on the death of the last Soviet leader, Mikhail Gorbachev.

According to the statement, the leaders also restated their intention to proceed with the Akkuyu Nuclear Power Plant, which is currently under construction in the province of Mersin in southern Turkey.

The first reactor at Akkuyu is expected to be ready by 2023, with the complete plant online by 2025. The project began with an intergovernmental agreement signed in 2010 between Turkey and Russia.

Erdogan and Putin agreed to meet in Uzbekistan on the margins of the Shanghai Cooperation Organization (SCO) Summit on September 15-16 to discuss all bilateral matters.