Eritrea issues an army mobilisation call as fighting in Ethiopia resumes, according to Canada. 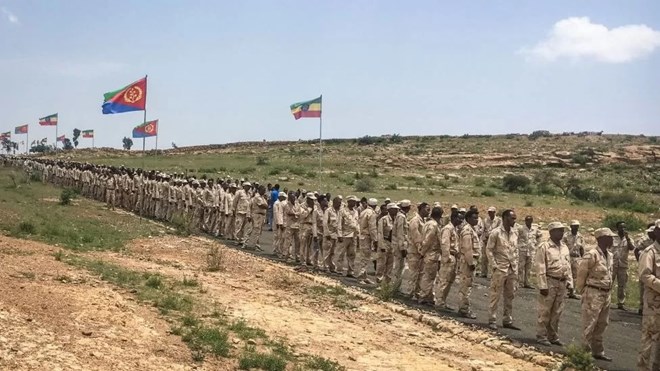 The Canadian government said on Saturday that Eritrea is mobilising armed forces in response to the resumption of the conflict in northern Ethiopia, raising fears that the fighting will intensify in a war that has already displaced millions and triggered a humanitarian disaster across the region.

A Canadian travel advisory tweeted, “Local authorities have issued a general call for mobilisation of armed forces in response to the conflict in northern #Ethiopia.”

The Canadian government advised its citizens in Eritrea to limit their movements and keep an eye on local media. The statement did not specify whether Canada believed Eritrea was mobilising forces for offensive or defensive purposes.

“Guards at embassies, United Nations compounds, and residences expressed concern that they would be removed from their posts due to widespread conscription,” a Horn of Africa diplomat told Reuters.

According to one Eritrean exile, two family members inside Eritrea said the government was sending citizens under 60 to fight and that authorities had warned deserters that their homes would be confiscated.

In a tweet on Saturday, Getachew Reda, a spokesman for the Tigray People’s Liberation Front (TPLF), which controls Ethiopia’s northern region of Tigray, said Eritrea was calling up “sixty-year-old reservists” to fight.

After fighting broke out between the Ethiopian government and the TPLF in November 2020, Eritrea sent troops into Tigray to support the Ethiopian military.

Despite widespread reports of gang rapes and mass killings of civilians by Eritrean troops, both Eritrean and Ethiopian officials denied Eritrean presence in Tigray until March 2021. Eritrea has denied the accusations levelled by residents and human rights organisations.

Last month, conflict erupted around Tigray after a five-month-long ceasefire collapsed. The renewed violence was blamed on both sides.

From 1998 to 2000, Eritrea and Ethiopia fought a border war. The TPLF dominated the Ethiopian government at the time. Eritrea and the TPLF remain bitter adversaries.

Ethiopian Prime Minister Abiy Ahmed took office in 2018 and signed a peace treaty with Eritrea, earning him the Nobel Peace Prize. However, relations between Abiy and the TPLF quickly deteriorated.

The TPLF accuses Abiy’s government of attempting to reassert Tigrayan dominance over Ethiopia, while Abiy accuses the TPLF of over-centralizing power and oppressing Tigrayans.

Each side dismisses the other’s story.