Ethiopia denounces charges of atrocities against its government. 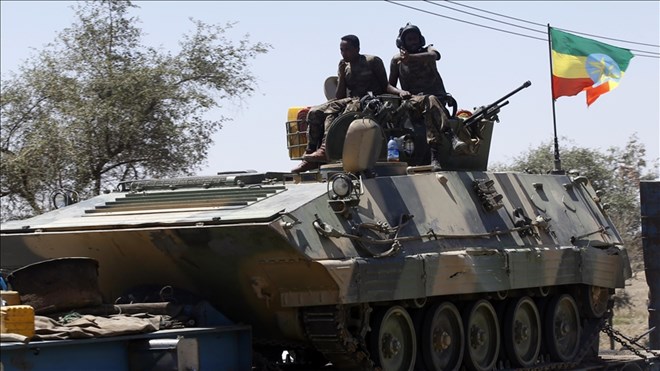 In a statement released on Friday, the Ethiopian government claimed it could no longer stand by as “defamatory misinformation [was] spread against Ethiopia by some Western entities.”

According to a statement by the Ethiopian Communication Service, the accusations that they repeat the “irresponsible” propaganda of the Tigray Peoples Liberation Front are disgusting.

The statement made no mention of the institutions, just saying that it was regretful that “a few institutions of repute could not resist joining this coordinated attack against Ethiopia.”

The claims are intended to subjugate the nation, it was added.

The administration accepts that some illustrious organisations and well-intentioned individuals may have unwittingly joined this campaign. The Ethiopian government stated that it is extremely irresponsible and disgraceful that accusations of the most abhorrent and serious of all crimes are being made for political purposes.

Ethiopia is compelled to rethink its options and its relationships with some states and entities because they are levelling serious accusations against it that are unfounded and politically motivated, according to the statement.

It couldn’t keep tolerating such outrageous slander without retaliation, according to the statement.

Since November 2020, the Tigrayan conflict has claimed hundreds of lives and displaced millions more. During the battle, there have been accusations that Ethiopian forces committed atrocities, which Addis Abeba denies.

Since a months-long truce was broken in late August, there has been fierce fighting in the northern Ethiopian region, with reports of massive deaths and human rights violations.

Both sides were charged with violations that may have constituted war crimes and crimes against humanity in a report by UN rights experts published last month.

The declaration was made when negotiations for peace between Ethiopia’s government and the Tigray rebels began in South Africa, despite ongoing hostilities in the Tigray area.

The administration is dedicated to the peace talks being organised by the African Union because it is committed to putting an end to the violence peacefully and permanently, according to a statement released on Friday.

Ethiopia has declared that it is equally dedicated to achieving responsibility for human rights and humanitarian law abuses resulting from the conflict.