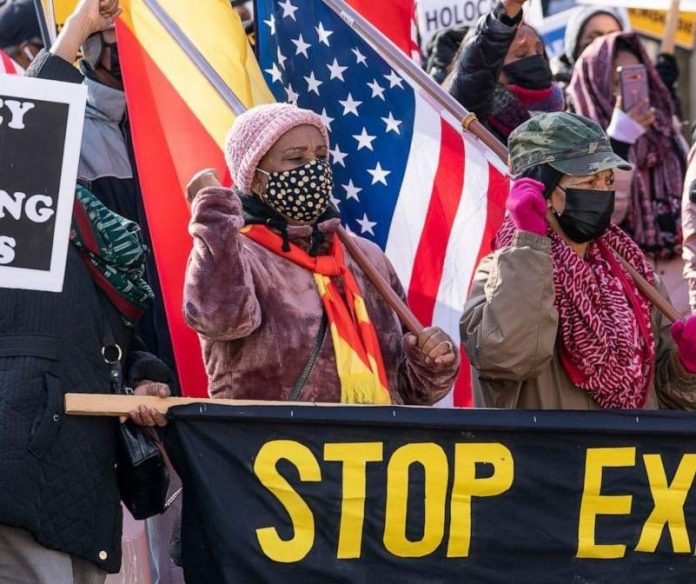 This is the latest report citing witnesses who have described mass arrests of ethnic Tigrayans. Ethiopia’s government says it is targeting people suspected of supporting the Tigray forces who have fought the government since November 2020 but pulled back into their region weeks ago.

“Tigrayan migrants who have experienced horrific abuse in Saudi custody are being locked up in detention facilities upon returning to Ethiopia,” said Nadia Hardman, refugee and migrant rights researcher at Human Rights Watch.

“Saudi Arabia should offer protection to Tigrayans at risk, while Ethiopia should release all arbitrarily detained Tigrayan deportees.”

The report released Wednesday called on Saudi officials to “stop holding ethnic Tigrayans in abhorrent conditions and deporting them to Ethiopia, and instead help the United Nations high commissioner for refugees to provide them with international protection.”

Thousands of Ethiopians, mostly from the Tigray and Amhara regions, make illegal travel each year to Saudi Arabia through Yemen in search of a better life. But Saudi officials have deported thousands of them in recent years. According to Ethiopian officials, tens of thousands of the migrants have returned home in recent months. Human Rights Watch said Ethiopian authorities have transferred Tigrayan deportees to reception centers in the capital, Addis Ababa, where some were unlawfully held.

A federal police spokesman did not immediately respond to a request for comment on the Human Rights Watch allegations.

Trhas, a 33-year-old Tigrayan woman who was deported from Saudi Arabia in December 2020, told the rights group that federal police stopped her at a checkpoint at Awash Sebat in Ethiopia’s Afar region in April and took her to a “military camp” where she was held with up to 700 other Tigrayan deportees.

After two days they took her to Shone in the southern part of the country. “We asked the federal police for food and water and the toilet,but we were beaten if we left our seats,” she told the rights group, adding that police told the Tigrayans that “Bandits don’t need food.” 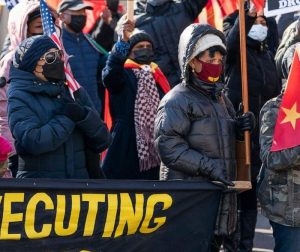