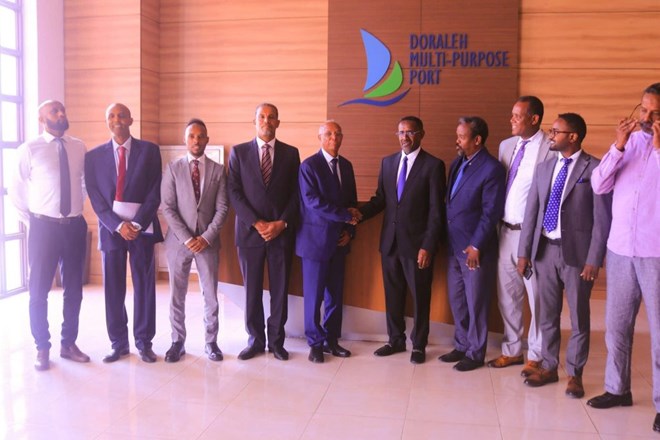 During his opening speech at the signing ceremony of the MoU, Oumer Hussien Oba stated that the agreement paves the way for Ethiopia, as a leading country in livestock population, to effectively use its resources by exporting live animals through proper quarantine and inspection services and enabling the country to significantly benefit from its livestock population by bringing in foreign currency earnings.

The Minister of Agriculture also expressed his government’s strong conviction for the terminal to be operational and function in accordance with the terms of the MoU, which requires joint commitment from both countries.

Mohammed Ahmed Awaleh, Minister of Agriculture, Water, Fisheries, Livestock, and Marine Resources of the Republic of Djibouti, for his part, noted that the increasing commercial ties between Ethiopia and Djibouti can serve as a testament to the two countries’ growing strategic partnership.

Furthermore, the Minister stated his government’s commitment to the effective implementation of the MoU signed between the two countries.

Ibrahim, Secretary-General of Ministry of Agriculture of the Republic of Djibouti, Fikru Regassa, State Minister of Agriculture of FDRE, Berhanu Tsegaye, Ambassador Extraordinary and Plenipotentiary of the FDRE, Djama Ibrahim Darar, General Manager of Doraleh MultiPurpose Port and Youssouf Moussa Dawaleh, Chairperson of Chamber of Commerce were present during the signing ceremony held at Doralleh Multipurpose port.

Recently, the government of Ethiopia invested in the construction of a standard quarantine facility in Mille (Afar regional state), which is located in close proximity to the port of Djibouti. This quarantine station has also recently been accredited, registered, and recognized by inspectors from the Kingdom of Saudi Arabia and the United Arab Emirates (UAE), allowing for the efficient delivery of animals intended for export while the regulatory aspect remains public goods.