Ethiopia receives $300 million from the World Bank to help with the rehabilitation from the Tigray war. 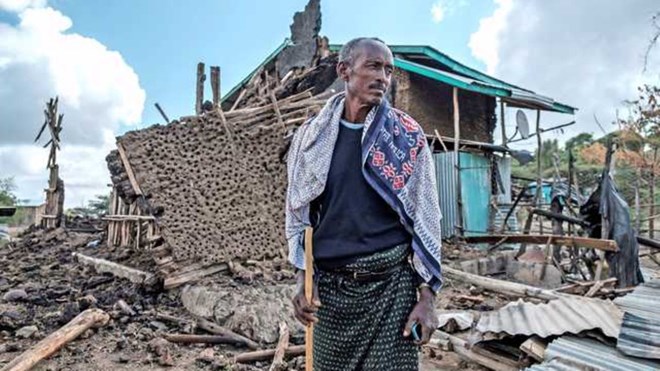 Ethiopia received a major boost in its efforts to recover from the Tigray war on Wednesday, when the World Bank agreed to transfer $300 million to local communities whose livelihoods had been wrecked.

The money comes from the International Development Association (IDA) and is part of the bank’s Response-Recovery-Resilience for Conflict Communities programme in Ethiopia.
It will be used to rebuild local infrastructure like as health centers and other amenities, as well as to assist residents with war-related issues such as sexual violations and gender-based violence (GBV), according to the bank.

The bank’s decision may have come as a surprise given Ethiopia’s ongoing battle with accusations of crimes committed by its own soldiers in the war, which it has denied.

Last week, the United Nations (UN) approved a budget for an independent investigation by a specially assigned panel of three experts to look into the atrocities after rights watchdogs unearthed evidence of mass graves and interviewed people who claimed they had been tortured.

Three weeks after Ethiopia legally approved humanitarian corridors, there were still complaints of aid restrictions in Tigray this week.

The World Bank money will be used to repair destroyed social infrastructure such as schools and hospitals, as well as to assist people in rebuilding their lives following the war.

“Mobile units will be despatched to offer key services in the areas of education, health, water, and sanitation to fulfill the urgent requirements of conflict-affected communities,” a dispatch stated.

The project will begin in Afar, Amhara, Benishangul-Gumuz, Oromia, and Tigray, “which have been severely damaged by the recent violence and house substantial populations of internally displaced persons (IDPs),” according to the bank.

“This initiative will aid in improving health and psychosocial support access. and legal services for GBV survivors in conflict-affected regions where quality response services are limited,” Ousmane Dione, World Bank Country Director for Eritrea, Ethiopia, South Sudan and Sudan said on Wednesday.
Part of the money will also support long-term investments in institutions, communities and policies for the conflict-afflicted communities.