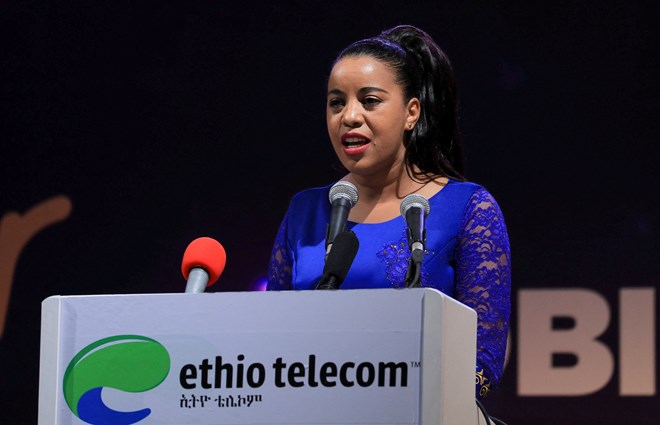 Ethio Telecom, a state-owned company, started a 5G mobile phone service on Monday, putting it ahead of new competitors in an industry that had previously been closed to foreign operators.

5G networks, which can provide data speeds up to 20 times faster than 4G, are seen as critical for developing technologies such as self-driving cars and smart device communication and interconnectivity.

The service would first be offered in Addis Ababa, according to Ethio Telecom Chief Executive Officer Frehiwot Tamru, before being expanded to other parts of the country.
“The 5G service is now available in select areas throughout Addis Ababa,” she remarked at the occasion. “In Addis Ababa, we will have 150 5G sites in the next 12 months.”Frehiwot did not say how much deploying the network would cost.

Ethio Telecom, which has 64 million subscribers across the nation, said in a separate statement that China’s Huawei Technologies (HWT.UL) was its equipment supplier for the network.

The government launched a tendering process for selling a 40% stake in Ethio Telecom to private investors last June.

In March, the government said it had postponed the planned partial privatisation because of the prevailing economic environment domestically and globally.

In December, industry regulator Ethiopian Communication Authority said it had also suspended a tender process for a second telecommunications licence, which it said it would relaunch in the “near future”.

The Horn of Africa country of about 110 million people sold only one of two full-service licences on offer in May 2021.

The winner of the first licence, a consortium led by Kenya’s Safaricom SCOM.NR, Vodafone (VOD.L), and Japan’s Sumitomo (8053.T), is in the process of setting up its network ahead of a planned commercial launch due anytime now.

The licences are considered a big prize in the country’s push to liberalise the economy, which had been one of the world’s last major closed telecoms markets.