EU and Greek objections to the Libyan oil deal are unimportant, according to Turkey 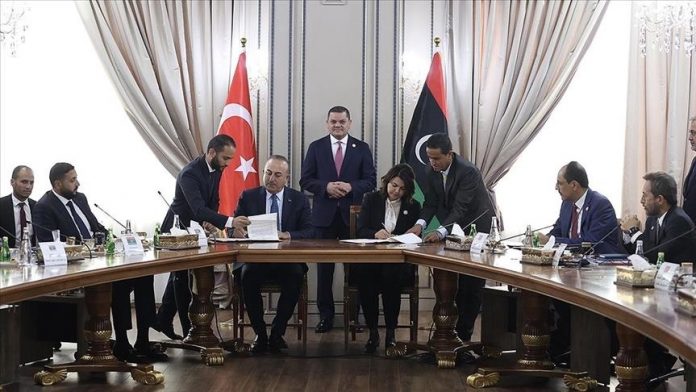 The Turkish Foreign Ministry stated on Tuesday that the EU’s and Greece’s comments on Turkey’s new hydrocarbons agreement with Libya had “no meaning or value for our country.”

In response to comments from Athens and the EU raising doubts about the deal, which was signed on Monday, ministry spokesman Tanju Bilgic added in a statement that “objecting to an agreement signed between the two states is not only against the international law but also contradictory to the basic principles of the UN.”

He said, “Türkiye also called on the EU and its member states to uphold sovereign and equal state rights in accordance with international law and UN principles.”

Foreign Minister Mevlut Cavusoglu responded in a same manner when questioned about the matter on Monday during his visit to Libya: “Third countries do not have the right to interfere with the agreements reached by two sovereign countries. It is irrelevant what people believe.

Along with the presidential spokesperson, energy and natural resources minister, defense minister, commerce minister, and communications chief of Turkey, Cavusoglu led a high-level delegation to Libya on Monday for discussions on bilateral ties and regional challenges.

Officials from the two countries inked a number of agreements during the visit in a variety of industries, including hydrocarbons.