Europe does not use LNG terminals to their full capacity in order to replace Russia. 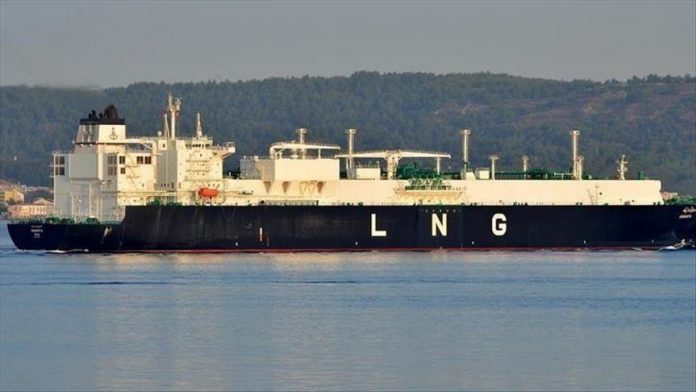 Europe, which has turned to liquefied natural gas (LNG) to minimize its reliance on Russian natural gas, is running its LNG facilities at half capacity.

70% of LNG is exported under long-term contracts on the worldwide market. As a result, the remaining 30% LNG is sold on the spot market to the country with the highest bid. Many European countries that have never used LNG before are now seriously contemplating it.

Turkiye and Israel were also included in the statistics provided by the Anadolu Agency from the International Gas Association and Gas Infrastructure Europe.

When Turkiye’s LNG terminals are included, Europe, which has a total of 28 LNG import terminals, uses these terminals at half capacity. Spain is listed as the country with the most LNG terminals in Europe, with six terminals with an annual capacity of 43.8 million tons.

Belgium, Greece, Portugal, the Netherlands, and Poland each have one LNG import facility, whereas Turkiye has two. Furthermore, Turkiye buys LNG from two floating terminals. In addition, Israel, Lithuania, and Croatia each have a floating terminal.

Small-scale LNG import facilities in Norway, Sweden, and Malta are also not included in the list of LNG import terminals.

Europe does not utilize LNG terminals to their full potential.

Europe uses slightly over half of its LNG import capacity, while using LNG to cover a quarter of its gas needs. This translates to a spare capacity of 70-75 million tons.

In 2021, Russia supplied almost 40% of the EU’s total gas consumption.

New terminals are in the works.

Germany, which does not currently have any LNG terminals, will build 2 LNG terminals. France and Spain will add five units to their existing LNG terminals. Ireland 3, Estonia 2, Croatia, Finland, Denmark, Poland, Ukraine, Malta and the United Kingdom will each build 1 LNG terminal.

Many LNG projects were planned in previous years but could not get enough investment, but after the war between Russia and Ukraine, LNG is expected to be on the agenda more in the coming period.