Experts Say Al-Increase Shabab’s in Suicide Attacks in Somalia Is a ‘Change of Tactics.’ 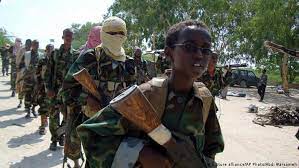 In what security analysts describe as a “shift in tactics,” Al-Shabab militants in Somalia are becoming “bolder” in their operations and have escalated the use of suicide bombers carrying homemade bombs.

The Islamist terrorist organization carried out one of its worst strikes in recent memory on Wednesday, targeting elections at the regional presidential palace in Beledweyne, around 300 kilometers north of Mogadishu. A total of 48 individuals were murdered, with more than 100 more injured.

A member of parliament, Amina Mohamed, an outspoken critic of the administration, was among the deceased when she was targeted and killed by a suicide bomber wearing an explosive vest while on the campaign route.

Two Shabab terrorists had broken into the strongly defended compound at Mogadishu’s airport, where presidential elections were set to take place, just hours before. Offices for the government U.N., Western embassies and the African Union peacekeeping mission are in the same area.

Al-Shabab has been fighting the UN-backed Somali government in Mogadishu for more than a decade, and during that time, it has used a variety of techniques, including intimidation and brutality.

However, security analysts informed VOA Somali service that al-Shabab has expanded strikes in which individual suicide bombers deliver explosives and detonate them on targeted targets with precision to inflict the most damage possible.

Abdiaziz Mohamud Guled, an al-Shabab critic, was slain in Mogadishu in November of last year in a suicide bombing carried out by a guy wearing a vest.

Mohamed Ibrahim Moalimuu, a former Somali government spokesman who is now a politician, survived a similar attempt on his automobile by a guy wearing a suicide bomber in January 2022. Militants are also present.carried out several other attacks in the same way.

Ismail Osman, a former deputy NISA chief, says the organization is now in a better financial situation than before, allowing it to buy more bomb-making ingredients and weaponry.

“The group makes millions of dollars through taxing every area of Somalia’s economy, including money from Zakat, a major revenue source that is a 2.5 percent annual religious levy on an individual’s wealth. As a result, they spent a large portion of the money on weapons and the supplies needed to make more homemade bombs,” Osman explained.

Guled says that the terror group is in one of its strongest positions in years, given its growing willingness to carry out more daring, daylight, face-to-face operations while infiltrating security agencies to plot their attacks.bombings and assassinations.

Withdrawal of US forces

Security efforts in Somalia and the war against al-Shabab have largely relied on UN-backed African Union Mission support, as well as limited military aid from the US and other international partners.
Withdrawal of US forces

Security efforts in Somalia and the war against al-Shabab have largely relied on UN-backed African Union Mission support, as well as limited military aid from the US and other international partners.

According to Somali military officials, kinetic airstrikes coordinated by the Somali National Army have been particularly efficient in diminishing al-capacity Shabab’s and movement. But, as one of President Donald Trump’s final acts, the US troops departed from Somalia in 2021.Trump’s presidency.