Fahad Yasin’s MP seat will be decided by the Suprema Court. 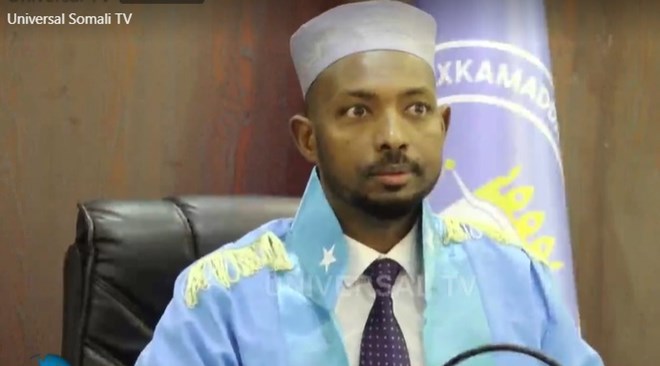 Zakariye Mohamud Ismail, Fahad Yasin’s lawyer, has filed a motion to challenge the federal elections committee’s decision not to acknowledge Yasin’s victory in HOP086, which took place on February 20 in Beledweyne. Yasin’s lawyers argue that the committee lacked jurisdiction to overturn the election results and that Fahad Yasin was elected illegally.

The Office of the Attorney General represented FIET, arguing that the federal government and federal member states reached a political agreement on September 17 that allowed them the right to sue electoral commission the legal authority to suspend or nullify parliamentary results where electoral fraud is believed to have occurred. The Attorney General asked the Supreme Court to dismiss the case on Saturday.

FIET has previously said that Fahad Yasin’s result was suspended due to irregularities concerning delegates in the election. It is alleged that constituents from outside the community were brought in to vote for Fahad Yasin.

The three-panel judge led by Chief Justice Bashe Yusuf Ahmed is anticipated to issue a decision soon – some suggest as early as Tuesday evening.

In May 2018, Ahmed was selected to oversee Somalia’s judiciary. Due to Ahmed’s lack of judicial expertise, the political nomination of a 36-year-old Chief Justice aroused concerns at the time.

Ahmed stated during a judicial conference in Mogadishu in July 2021 that any complaints against the Federal Electoral Commission would be heard by the Supreme Court.

The hearing comes while a separate committee for the election of the Speaker of the Upper House has begun its work registration process for candidates on Tuesday.