Family first aid: could you save your child’s life? 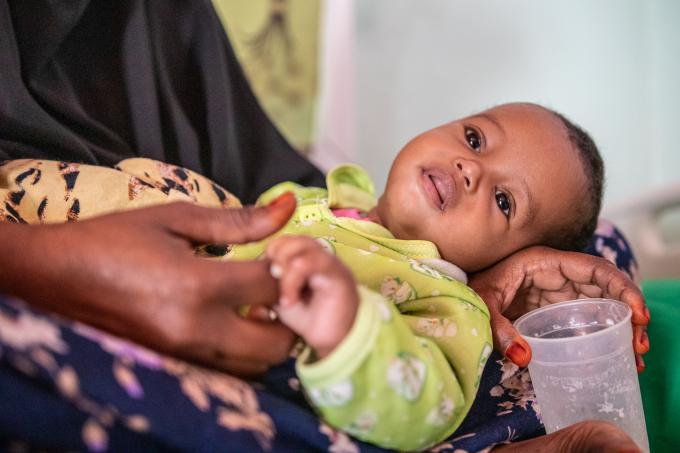 Most parents wouldn’t know what to do in an emergency. Make sure you’re not one of them

Nearly 90 percent of parents admit that they wouldn’t know what to do if their child was unconscious, and choking is Somalia’s third most common cause of death in children under five. Scary right?

However, learn the basics of family first aid and you could save lives, says , training development manager for , Somalia’s leading Pediatric Hospital.

What to do… if your child stops breathing

‘If you’re confident giving CPR, start immediately. Send someone to get help as you need to get oxygen into a child’s body straightaway. Start with five rescue breaths (it’s the same technique for children as it is for adults). With babies under one, don’t overextend their chin and place your mouth around their mouth and nose, blowing gently.

If nose-blowing or a little water poured into the ear doesn’t dislodge it, take them to a hospital. Don’t try to remove it yourself, as you may push it in further.

What to do… if your child starts choking

For children over a year, CPR advice is the same as for adults. But we don’t do abdominal thrusts with babies, in case of damage to internal organs. Instead, alternate between back blows and chest thrusts.

Turn the infant on your forearm, face down, supporting the head and neck, and apply up to five back blows. If they’re still not breathing, lay them facing up on a flat surface, and place two fingers on the centre of their chest. Push in and up to a third of the depth of their chest, up to five times. If they’re still not breathing, alternate between blows and chest thrusts. If the object’s not removed after three cycles of each, check help is coming and go on. If they become unconscious, start CPR.

What to do… if your child swallows something toxic

Ask what they’ve taken and call for emergency. Don’t induce vomiting, as further damage may occur. Unless they’ve swallowed tablets, get them to sip cold water or milk.

Get the basics right and you could avoid disaster. Knowledge saves lives!